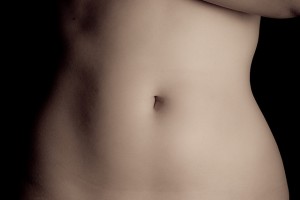 Who wants a healthy gut? Apparently a lot of people. The probiotics industry is expected to reach $45 billion annually in the next 4 years, just selling add-ons to the bacteria we already walk around with. That’s aside from the billions going into the pharmaceutical and agricultural research and development of the microbiome and its potential for new drugs.

But for all the amazing properties and disease-related effects that have been attributed to our gut flora, researchers are now starting to urge caution, especially in the way the media is reporting the connection between our microbiomes and our health. “We are discovering a whole new ecosystem,” Lita Proctor head of the NIH’s Microbiome Project told Mother Jones. But “I do have some fear—we all do in the field—that the hype and the potential overpromise, and the idea that somehow this is going to be different—there is a terrific fear that it will all backfire.”

University of California Davis Professor Jonathan Eisen has a great Ted Talk and blog listing some of the crazy ways the microbiome has been implicated in human health. Dannon was ordered by the Federal Trade Commission to pay a $21 million settlement over false claims of its probiotic yogurt Activia.

On reason for this perceived over promise: there is no perfect microbiome, Gabrielle Canon writes at Mother Jones. In fact, an individual’s own micriobiome balance changes over time with diet, medication, illness, stress and exercise to name just a few factors. And each person’s microbiotic signature is completely unique, like an intestinal fingerprint. So targeting a specific makeup of bacteria, declaring it a ‘healthy one’ and developing drugs to mimic or induce that makeup is the wrong strategy.

Instead, Proctor and other researchers argue, we should be looking at function. “It is not the makeup—these communities come together and they actually become bigger than the sum of their parts…It almost doesn’t matter who is present, it just matters what they are doing.” Those differences will underscore the metabolic imbalances that are really affecting human disease.

These new criticisms underscore other calls for skepticism when it comes to our bacterial companions. Even the size of our gut bug populations has been called into question. You may have heard they outnumber our human cells by ten to one, but more current analysis show the true number could be one tenth that estimate or 100 times it.

Realistically, gut science is still pretty new. In fact, it’s not even 20 years old yet. So it’s important to consider that everything new the microbiome is claimed to do or affect will need to be proven, probably several times over, before we can use the information to develop medical treatments.