The microbes living in people's guts are much less diverse than those in humans' closest relatives, the African apes. What does that mean? No one knows, but the microbiome is all the latest rage in marketing, with probiotics advertised on television and a segment of the research community rushing to create studies to capitalize on that.

The researchers analyzed the genetic makeup of bacteria in fecal samples from humans, chimpanzees, bonobos and gorillas to draw their conclusions. Based on their analysis of humans and the three lineages of ape, the researchers determined that within the lineage that gave rise to modern humans, microbial diversity changed slowly and steadily for millions of years, but that rate of change has accelerated lately in humans - at least from some parts of the world.

The authors speculate that such a rapid change might translate into negative health effects for Americans. Previous research has shown that compared with several populations, people living in the U.S. have the lowest diversity of gut microbes - and those some papers have linked a lack of microbial diversity in human guts to various diseases such as asthma, colon cancer and autoimmune diseases, they are epidemiological rather than causative. 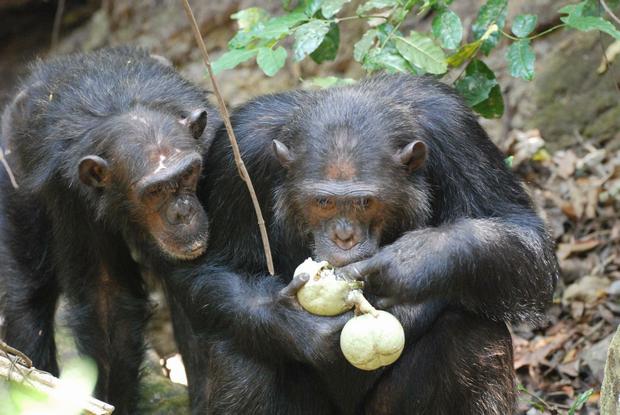 "It took millions of years, since humans and chimpanzees split from a common ancestor, to become 60 percent different in these colonies living in our digestive systems," said Howard Ochman, professor of integrative biology at The University of Texas at Austin and co-author of the paper. "On the other hand, in apparently only hundreds of years — and possibly a lot fewer — people in the United States lost a great deal of diversity in the bacteria living in their gut."

One conjecture for humans having have less diversity in gut microbiomes is that we shifted to a diet with more meat and fewer plants. Some plants require more complex communities of microbes to break them down, which is not as true for meat.

As for why Americans have seem to have experienced much more rapid changes in microbial diversity compared with people in less industrialized societies, some have suggested more time spent indoors, increased use of antibacterial soaps and cleaners, widespread use of antibiotics and even high numbers of births by Cesarean section. Antibiotics and antimicrobial cleaners can kill good bacteria along with the bad, and C-section deliveries prevent babies from receiving certain bacteria from the mother typically conferred during vaginal births.

"Declining diversity in the gut has been a trend for a long time," said Ochman. "It's tantalizing to think that the decrease in microbial diversity in humans is due only to modern medical practices and other lifestyle changes, but this research shows other factors over time also must have played a role."

Published in the Proceedings of the National Academy of Sciences. Source: University of Texas at Austin
News Articles
More Articles All Articles
About