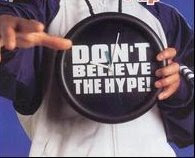 My displeasure with media stories continues today with another over-the-top, speculative, and tailor-made-for-quote-mining article from Discovery News. The gist of it is that some people saw a very large, single-celled organism leaving tracks in the sand. Therefore, we need to "revolutionize" the way we think about evolution because maybe this is the sort of creature that left trace fossils in the Cambrian.

Slowly rolling across the ocean floor, a humble single-celled creature is poised to revolutionize our understanding of how complex life evolved on Earth.

The finding could overturn conventional thinking on a mysterious time in the evolution of early life known as the Cambrian Explosion. Until about 550 million years ago, there were very few animals leaving trails behind. Then, within ten million years an unprecedented blossoming of life swarmed across the planet, filling every niche with hard-bodied, complex creatures.

"It wasn't a gradual development of complexity," Matz said. "Instead these things suddenly seemed to burst out of a magic box."