Gerhard Adam
More questionable science abounds in a recent article ["Female Mammals Follow Their Noses to the Right Mates"] regarding mammal mating habits.  Although the original paper was published in 2009, it hasn't improved with age.

One of the more telling problems occurs with the following quote:

Since the dominant males often chase away other males, it's hard to tell if females are choosing to mate with certain males, or are merely mating with them by default.

"The most convincing evidence for female mate choice in mammals comes from studies of captive mammals …carried out under controlled conditions where the effects of male competition can be excluded …," Clutton-Brock and McAuliffe write.
http://www.science20.com/news_releases/female_mammals_follow_their_noses_right_mates-48085

So apparently if studying an animal is difficult, it's OK to use a completely artificial, contrived environment from which to draw conclusions.  Would we consider such conditions as providing any insight in how human females choose males, if we eliminated all male competition [and the various forms such competition can take] and only focused on the choices that females might make while imprisoned?

It's no different with humans by suggesting that females choose males based on visual cues.  I expect that many women find Brad Pitt attractive, and undoubtedly, given the chance many females might even choose to mate with him.  However, that tells us nothing about how females choose mates in the real world.

Personally, I have a mare that would just as readily mate with her own son, if left to her own devices, just as other mares readily display for geldings.  Similarly, introducing a strange bull among a herd of cows will guarantee pregnant cows.  Is this a matter of their choice, or opportunity, or do they not particularly care?  Regardless of what olfactory information may be available, it isn't some biological equivalence to "match.com" in making these choices.  This is especially true, when most mammal matings may be strictly opportunistic and temporary.

Additionally, an most obvious problem is that mammal behaviors are diverse depending on whether these are social animals, or animals living in isolation;  predatory or prey animals.  Yet, we find a singular view being presented as if any findings would be broadly applicable to mammals, in general. 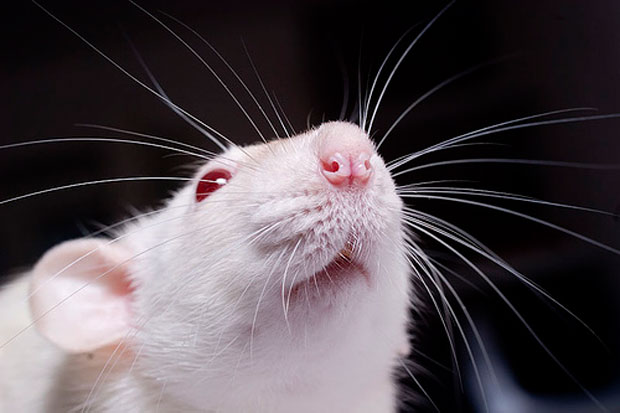 Even though we recognize that olfactory senses are extremely important in many mammal species, it should certainly come as no surprise if it plays a role in female mate selection, yet because of its importance, it is also virtually impossible to isolate such a finding sufficiently to exclude all the other factors [including male competition] from this role.

Overall, these studies that simply restate the obvious are a waste of time.  Newton explained the obvious [i.e. objects falling to the ground] by providing an explanation as to WHY this occurs.  There weren't dozens of papers and studies that supported the idea of objects falling to the ground.  Similarly in biology, if there is no explanation as to WHY something occurs, then simply stating that it does contributes little or nothing to our understanding of the biological realm (1).

(1) The notable exception being when the behavior or phenomenon is being assessed as to how widespread it actually is.

The classic case is the peacock's tail. The ornate tails do nothing to help peacocks survive. Rather, they emerged because peahens prefer to mate with males that have showy plumage.

[I]t is possible that in some mammals, males produce olfactory signals that match the elaboration and complexity of the peacock's tail … or the sedge warbler's song …," Clutton-Brock and McAuliffe write.

Apparently the authors haven't actually kept up with the research on this topic.

A seven-year study of feral Indian peahens and peacocks in Japan [by Mariko Takahashi et al.] titled “Peahens Do Not Prefer Peacocks with More Elaborate Tails” notes that these peahens disregard plumage in making their mating choices.
http://www.theamericanscholar.org/the-peacock-problem-by-long/

We found no evidence that peahens expressed any preference for peacocks with more elaborate trains ...

...we conclude that peahens in this population are likely to exercise active choice based on cues other than the peacock's train.
http://www.sciencedirect.com/science/article/pii/S0003347207005301