Hank Campbell
In the bizarre maze of modern cultural geopolitics, European progressives spend a lot of time rending garments about their history of colonialism, slavery, and exploitation while engaging in it - using financial blockades if former colonies do not comply.

If a small trading partner wants to export food to Europe, it cannot use any science that Europe bans, and European progressives have a level of control over science that American activists only wish they could attain.

There's one big big problem with that; it cripples small countries. They are already at a disadvantage that science can fix. Europe prevents them from using it.

Europe's land is so fertile that something that sounds minor in hindsight - the heavy plow - made already prosperous land so successful compared to most of the world that colonialism and world dominance became possible. Cheap food makes lots of other things attainable. Being able to feed itself cheaply is so easy that a dairy cow in France receives twice as much in a government subsidy as a sub-Saharan farmer earns each year.

For those not lucky enough to be born in Europe, science is the great equalizer. It can help land prone to drought or previously only suitable for grazing grow enough to feed people, and even grow enough to export it. Unless European activists use logic like 'science we paid to get banned in Europe is still used in other countries and it should not be imported here.'(1)

Despite knowing how important it is, affordable food is what Europe is against for developing nations. How much does it cripple other countries? Up to $4 trillion a year - just from invasive species. 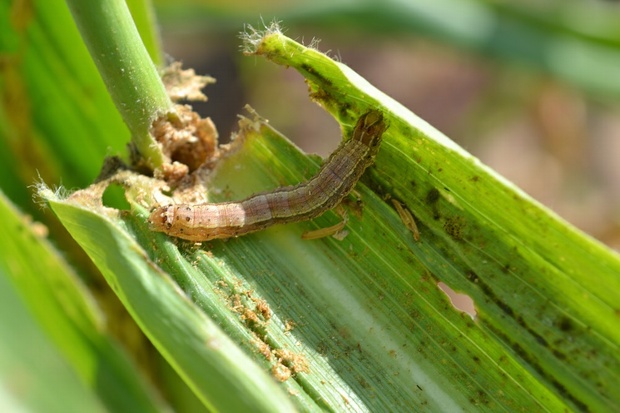 That's 150 percent of the Gross Domestic Product (GDP) of all African countries combined - lost.  The tangible losses due to food being choked out are obvious; things like corn, maize, cassava, and mango. The real killer in productivity is labor. With unchecked invasive species that aren't allowed to be killed by chemicals, laborers must do it by hand.

They aren't being paid for that, workers dealing with Tuta (Phthorimaea) absoluta, the fall armyworm (Spodoptera frugiperda), Prostephanus truncatus, Bactrocera dorsalis and Banana bunchy top virus (BBTV) won't suddenly be out of work if pests are dispatched more efficiently, they'll instead have time to do things that can help them have better lives. if science can be used to control pests, there is less lost time and work in a region where over 80 percent of rural people grow and sell food. A lot of that pointless work is done by women and kids.

In places like the Tennessee Valley a century ago, poverty was common and education was scarce. Once the TVA project provided affordable electricity its number one use became agriculture. The percentage of income needed for food there plummeted and suddenly kids were able to go to school, and did. They got libraries. Culture thrived.

Europe doesn't need a TVA program for Africa, they just need to stop preventing Africa from creating their own success.

(1) Facts are porous when you make your money attacking scientists with rhetoric. I was at a film panel in Geneva paid for by Swiss Public Eye, for example, and they exist to demonize science. On the stage, I was the lone proponent for science and they made sure I got no microphone, one of the activists would have to agree to hand theirs to me if I wanted to make a point. Then their employee Laurent Gaberell (title: "expert", whatever that means) claimed he had an email from me offering to become a paid shill for a chemical company. The entire front row was planted with Swiss Public Eye employees and they booed me on cue.

It was a lie. They knew it and they knew it did not matter. 20 percent of the audience walked out when I exposed it as fraud.

I don't need money from Europe but imagine the kind of pressure that those tactics bring to bear on a small country that is trying to compete in a world of giants.

When I asked afterward to see this alleged email, he showed me. It wasn't from me, it was also from 6 years earlier, and while the person it was from did ask for money for their nonprofit, it was to pay for print copies of a book they'd already written and gave away for free, not to manufacture opposition to activists. The company never responded so clearly didn't donate to the printing costs.

He happily admitted on camera none of what he said on stage about me was true. He knew the damage was done and. sure enough, he got the YouTube video of his confession blocked in Switzerland.
Science 2.0
More Articles All Articles
About