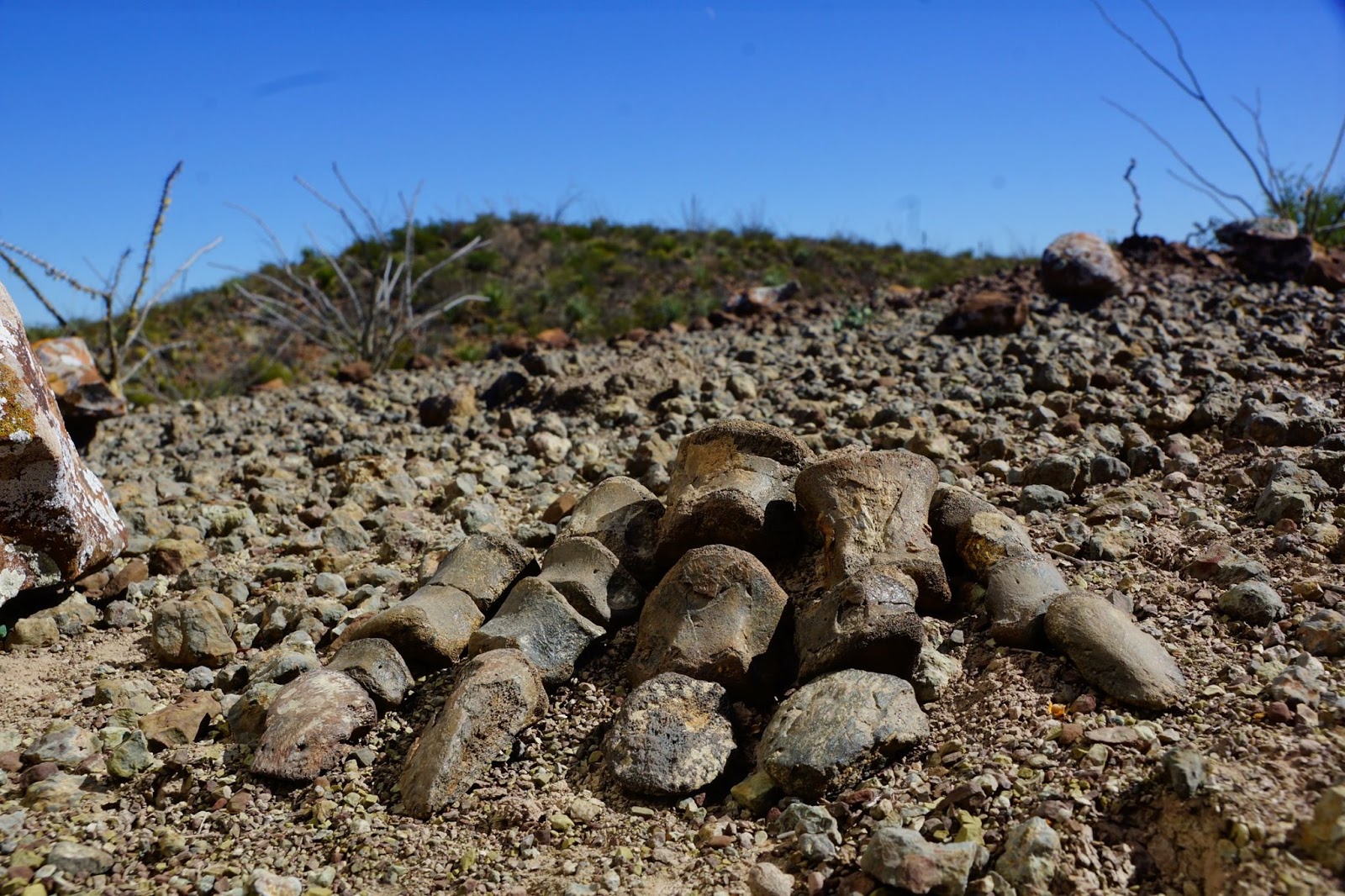 Coahuilaceratops or "Coahuila Horn Face," is a relatively new genus of Ornithischia Ceratopsidae, a  herbivorous ceratopsian dinosaur who lived during the Upper Cretaceous (late Campanian) near the town of Porvenir de Jalpa (about 64 km / 40 miles west of Saltillo) in what is now southern Coahuila (formerly Coahuila de Zaragoza), northern Mexico.

The Sierra Madre Oriental mountain range runs northwest to southwest forming a spine through the centre of the State. East of the range, the arid landscape slopes gently through desert terrain down to the Rio Grande. It is home to wonderful common, rare and endangered cacti, beautiful raptors, Aquila chrysaetos and the evolutionarily unlikely pronghorn, Antilocapra americana (if a monkey and an owl and an antelope had a baby...)

The world was a much wetter warmer place when these big beauties roamed. Picture them ambling through lush vegetation and rearing young next to freshwater rivers, brackish swamps and salty ancient seas. Many of the dinosaur remains from the area bear the marks or remains of fossilized snails and clams. Perhaps predation vs a symbiotic relationship as proximity isn't always intimacy. The Coahuilaceratops magnacuerna is known from holotype CPC 276, a partial skeleton of an adult along with bits and pieces of skull, a section of horn, pretty complete lower jaw, smidge of upper jaw and part of the frill.

Another specimen, CPS 277, has been touted as a possible juvenile Coahuilaceratops. All the specimens from Coahuilaceratops come from a single Upper Cretaceous (Campanian) locality of the Cerro del Pueblo Formation, northern Mexico.

This particular species of Coahuilaceratops was formally named C. magnacuerna by Mark A. Loewen, Scott D. Sampson, Eric K. Lund, Andrew A. Farke, Martha C. Aguillón-Martínez, C.A. de Leon, R.A. Rodríguez-de la Rosa, Michael A. Getty and David A. Eberth in 2010. Though the name was in circulation informally by those working in the study of ceratopsian dinosaurs as early as 2008.

Though challenged by examining and interpreting mere bits and pieces, the paleontological team posed estimates on the overall size of this new rather largish, 6.7 m / 22 ft, chasmosaurine. Coahuilaceratops' horns are also impressively large, estimated at 1.2 m / 4 feet. Rather long for a ceratopsian dinosaur (consider that a Triceratops distinctive horn generally comes in under 115 cm / 45 inches and interesting in terms of evolutionary design. The holotypes of this fossil specimen are available for viewing at the Museo del Desierto en Saltillo, Coahuila. Photo credit: José F. Ventura
Fossil Huntress
More Articles All Articles
About