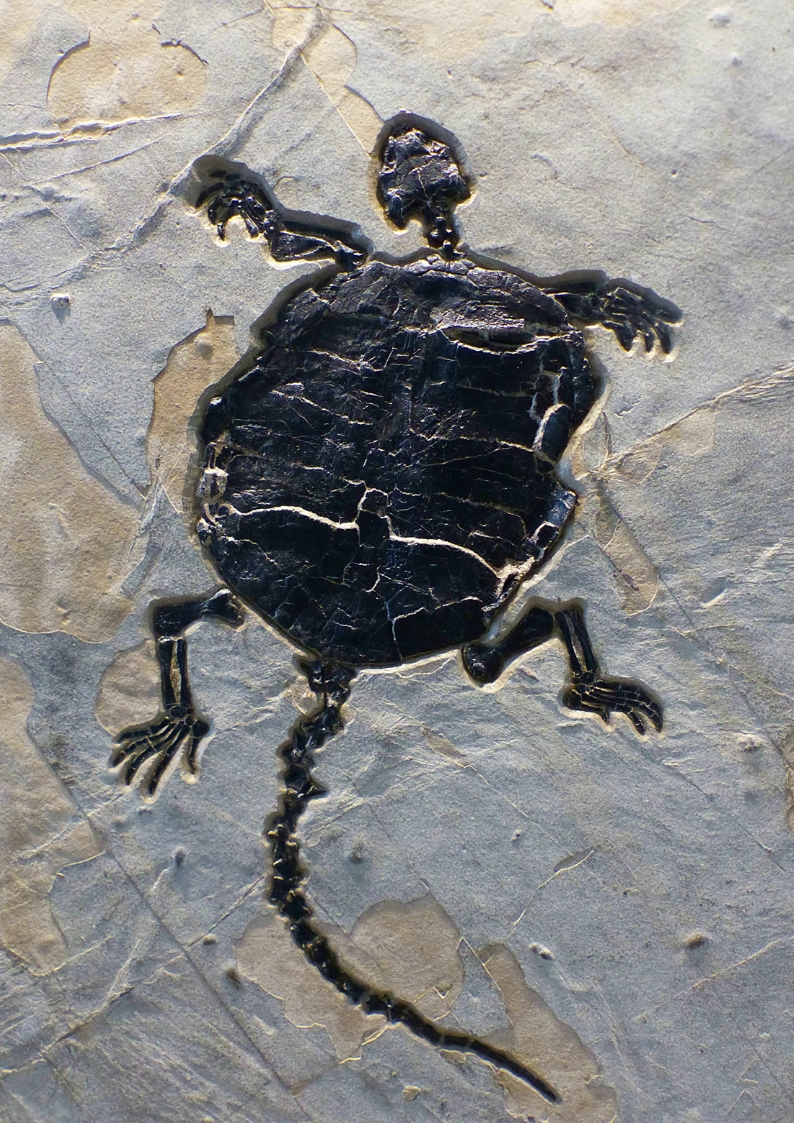 An Eocene Cryptodiran Fossil Turtle, Baena arenosa, reveals the design of the last of his lineage in finds from fine-grained lime mud outcrops in the Green River Formation, Wyoming, USA. The Baena's with their extra long tails marks the last of their lineage as the extinct family Baenidae appeared first in the Jurassic and died out at the end of the Eocene.
We've found specimens of Baena, along with 14 other species of turtles in seven genera and five families in the lower Eocene San Jose Formation, San Juan Basin of New Mexico. This specimen is from the Green River Formation of Wyoming which was once the bottom of one of an extensive series of Eocene lakes.

The Green River Formation is particularly abundant in beautifully preserved fossil fish, eleven species of reptiles including a 13.5ft crocodile, an armadillo-like mammal, Brachianodon westorum, bats, birds and other fresh-water aquatic goodies. This specimen of a beautiful Baena was found and prepped by the Green River Stone Company. They purchased their private 12 acre quarry about 20 years ago. It's at the Eocene lake's centre, shared with Fossil Butte National Monument about 24 kilometres (15 miles) west of Kemmerer, Lincoln County, Wyoming.