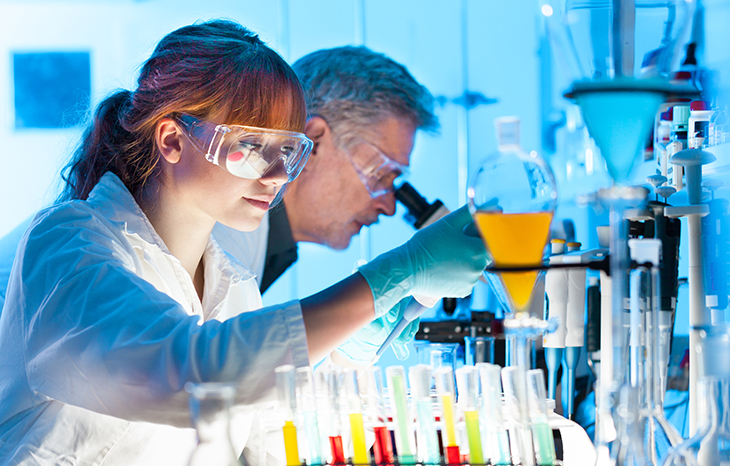 By Kate Gammon, Inside Science --Without risky ideas in science, the world wouldn't have new cancer treatments, an understanding of dark matter – or even the World Wide Web. But as scientific disciplines mature, scientists in them choose to go for small, incremental advances rather than risky leaps – and those choices lead to a system that's slower and more expensive than it needs to be, according to the study authors.

The problem? Scientists' personal incentives aren't aligned well with advancing their fields as a whole, said James Evans, a sociologist and director of Knowledge Lab at the Computation Institute at the University of Chicago in Chicago, Illinois.

"As a scientific field becomes more mature, the new experiments tend to be the most risky -- and that's partly because it's very difficult for scientists to allocate risk across their career," he said. That leads to a large duplication of research and makes it slower for the whole field to move forward.

Evans and his colleagues looked at the networks of knowledge in biomedical medicine papers and 30,000 patents spanning more than 30 years. They analyzed the relationships between medically useful molecules and found that as a field matures, scientists are more likely to study closely related molecules rather than distantly related ones.

"You'd expect them go the opposite direction: At first, picking important things but then there are diminishing returns in those experiments, so over time they'd shift to more risky experiments, choosing things further from each other in the network," said Evans. But that's not what happened. The research was published today in the journal Proceedings of the National Academy of Sciences.

Part of the reason lies in the funding system and the tenure system at universities. If a scientist is funded by project, then it's almost impossible to allocate risk across a portfolio of projects, explained Evans.

"For scientists to take the kind of risks that starts to align them with the benefit to science as a whole, they need to be allowed to allocate choices across some distribution of risk -- like a venture capitalist," he said.

A better way to fund science might be giving money to investigators instead of projects, as the Howard Hughes Medical Institute does, Evans said. In the heyday of Bell Labs, funding was given to groups rather than individual scientists – and efforts like these move some of the incentives to let scientists take on riskier experiments.

Although the group looked specifically at biomedical science, Evans said he expects the same sort of conservatism to happen in other fields. Future research will look at other fields like the social sciences, which can be a challenge to track: instead of examining the relationships between molecules, the researchers have to find other variables to track over time.

"If we could identify biases that limit the search space, then using these kinds of approaches, we could discover things that could be [intellectually] profitable but unlikely to be tested by the community," said Evans. They have funding from DARPA to generate profitable predictions, put them into automated, robotic experiments and run them – looking for potential cancer treatments.

Daniele Fanelli, a senior research scientist at METRICS -- the Meta-Research and Innovation Center at Stanford University in Palo Alto, California, who was not part of the study --called the study an impressive analysis of a very large data set. He agreed that the recommendations the researchers make are indisputable, but he wondered if the reasoning is solid.

"I think it remains to be established, since this is an observational study, that the basis for scientists choosing more conservative experiments is a policy reason rather than a rational choice made in a scientific context," he said.

A disadvantage of such massive analyses is that they are a black box, it is difficult to see what exactly is happening in detail were you to try to analyze single papers or focused segments of the literature, said John Ioannidis, a professor of statistics at the Stanford University School of Humanities and Sciences, who was also not involved in the current study.

"I don't think that the quest for innovation is an absolute value in science," he said. "Greater synthesis, and step-wise progress may sometimes be more important than disruptive innovation."

At the same time, he agrees that the paper points out many of the problems with current incentives in biomedical research. "The fact that NIH asks for proposals to be scored for innovation is well intentioned, but it is almost a joke: very little research that is truly innovative can make it through a review panel of 30 well-established and funded people and survive," he explained. "Proposals that have the best chances of funding success are mostly low-risk ones, and low-risk can sometimes slip towards plain mediocrity."

Evans said he hope that the paper brings a more hopeful message than a glum one. "We can design views and approaches that allow us to steer the ship and improve the efficiency," he said. "Our purpose in science as a whole should be to enhance and improve the cost-effectiveness and maximize the impact and creativity of our discoveries."

Katharine Gammon is a freelance science writer based in Santa Monica, California, and writes for a wide range of magazines covering technology, society, and animal science. She tweets at @kategammon. Reprinted with permission from Inside Science, an editorially independent news product of the American Institute of Physics, a nonprofit organization dedicated to advancing, promoting and serving the physical sciences. Top image: Matej Kastelic via shutterstock | http://shutr.bz/1L6VOCu