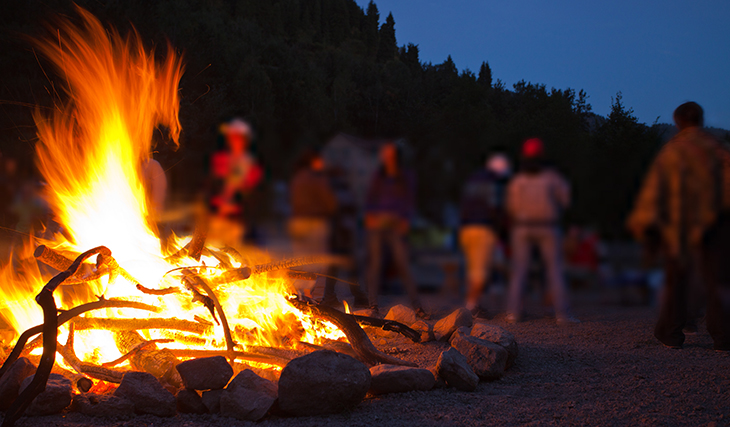 By Rebecca Boyle, Inside Science -- When light bulbs colonize our homes, humans get much less sleep.

It's an intuitive idea, but a new study measures this effect in a real-life situation for the first time by examining hunter-gatherers in Argentina.

Communities with access to electric lighting have shifted their bedtimes to later in the evening, curtailing a normal night of shuteye.

"When you have access to electricity, you can decide when you turn the lights off, and that resets your biological clock," said Horacio de la Iglesia, a biologist at the University of Washington, in Seattle, who led the study.

De la Iglesia studies biological rhythms and wanted to test how the introduction of artificial light changes natural sleep patterns in isolated communities that traditionally have not had electricity. Such groups are a model for the lifestyle of ancient humans. He turned to a college friend, Claudia Valeggia, now a biological anthropologist at Yale University. Valeggia has spent 17 years studying pregnancy and parenthood among the Toba/Qom, a group of hunter-gatherer people indigenous to northern Argentina.

The pair of researchers decided to live between two Toba/Qom communities: one group on the outskirts of a small town with some access to electricity, and another group about 30 miles away that uses only natural light. De la Iglesia said he is a morning person who tries to avoid bright lights in the evening, but even he noticed a shift in his own rhythms as he lived without unlimited access to electricity.

"You realize how far apart we have come from what we must have done when we did not have artificial lighting," he said. "It is really remarkable to see the sun go down and think, 'OK, this is the end of my day, and there is nothing else I can do.'"

Small monitors he strapped onto the wrists of several people in both communities logged their sleep habits and exposure to light for one week during summer and one week during winter. The devices revealed remarkable differences.

Ironically, people in the community without electricity were exposed to more light during the day than their electrified kin. This is likely because they spent more time outdoors in natural sunlight, which is brighter and more intense than any artificial source, noted Katherine Sharkey, a sleep physician at the Alpert Medical School of Brown University, in Providence, Rhode Island. She was not involved in the study.

People without electricity also tended to rise with the sun and went to sleep shortly after darkness fell, and their schedules were more tightly aligned with each other.

Those with access to electricity went to bed later, with greater variation in individual schedules. Yet they still arose at dawn, which meant that in summer they slept an average 40 minutes less than their natural-light counterparts; in the winter, they got about an hour less sleep.

While a one-hour loss of sleep is substantial, the loss is likely much worse for those of us who live in large cities, surrounded by many more sources of lights than would be found in the poor households of the Toba/Qom, de la Iglesia noted.

"They have one light bulb per room," he said. "If you were to compare these to a highly industrialized, highly artificially-lit community, you would probably find even more sleep deprivation," he said.

Lack of sleep is associated with a long list of health problems, including obesity, cardiovascular disease, fertility problems, mood disorders, reduced alertness and more, noted Thomas Kantermann, a chronobiologist at the University of Groningen in the Netherlands who was not involved in the study.

"How this is related to the effects of light itself is a matter of debate," he said. "Much current research is dealing with the understanding of potential circadian phase shifts due to unintended light exposure at sub-optimal times."

Previous work on light and sleep has been limited to lab studies and controlled experiments like one published by Kenneth Wright of the University of Colorado Boulder. In 2013, he took a group of students camping in the Rocky Mountains, where they had no access to electric lighting. After just a few days, their circadian rhythms aligned with the solar cycle. Those findings, and de la Iglesia's more recent work, confirm what scientists have observed in laboratory studies for years, Sharkey said.

The researchers are not yet sure whether there's a difference in response among people just gaining access to electricity -- the Toba/Qom people living with electricity now didn't have it in the early 1990s -- and those who have grown up with it all their lives.

"I would say we have to wait another generation to really assess that," Valeggia said. What's more, people in both communities sometimes visit their relatives in the opposite community for several weeks at a time, which continually alters their rhythms, Valeggia added. The researchers are still studying how light affects circadian rhythms in the short term and over long periods, and they plan to study how moonlight affects sleep patterns in both communities.

But the study does makes it clear that as soon as people can stay up later under artificial light, they will, de la Iglesia said.

"Knowing it is ourselves that controls our own exposure to light, we can do something about it," he said. "You are not obliged to stay in a lit environment at 11 pm under a bright light. You can turn the lights off."

The research was published in the Journal of Biological Rhythms.

Rebecca Boyle is a freelance science writer in St. Louis who writes for Popular Science, Wired, New Scientist and many other publications for adults and kids. She tweets at @rboyle31. Reprinted with permission from Inside Science, an editorially independent news product of the American Institute of Physics, a nonprofit organization dedicated to advancing, promoting and serving the physical sciences. Image credit: shutterstock