Tweet
By Charles Choi, Inside Science – New research suggests that megaliths -- monuments such as Stonehenge created from large rocks during the Stone and Copper Ages in Europe -- owe their origins to a mysterious culture from northwest France with advanced seafaring technology.

Roughly 35,000 megaliths are known throughout Europe, including standing stones, stone circles and megalithic tombs. Most megaliths date from 4500 to 2500 B.C., are concentrated in coastal areas along the Atlantic and Mediterranean, and share similar or even identical architectural features, said archaeologist Bettina Schulz Paulsson at the University of Gothenburg in Sweden.

The origins of megaliths have proven controversial for more than a century. During the late 19th and early 20th centuries, archaeologists believed the practice may have originated at a single point in the Near East, and then spread westward through migrant priests or prospectors. Later, the rise of radiocarbon dating led to the currently dominant argument that the concept of megaliths arose independently multiple times across Europe. 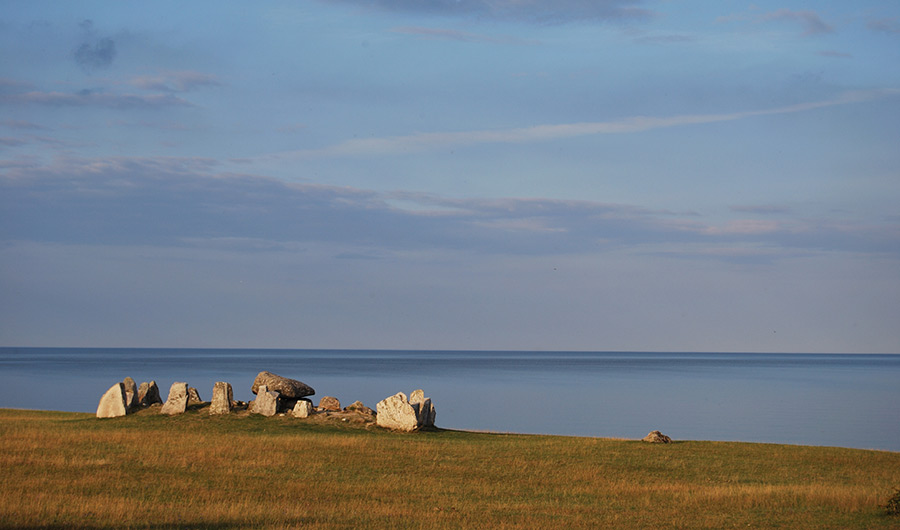 She found that earliest predecessors of megalithic sites were only seen in northwest France, with one example in the Paris Basin dating between 5061 to 4858 B.C. The most ancient megalithic graves -- structures of stone slabs built above-ground and covered by a round or long mound of earth or stone -- later emerged during a 200- to 300-year span in the early 4000s B.C. in northwest France, the Mediterranean and the Atlantic coast of the Iberian Peninsula. Thousands of megaliths were then built in France, the British Isles and the Iberian Peninsula during the late 3000s B.C. and in Scandinavia during the early 3000s B.C.

Although Stonehenge is located about 60 kilometers (about 37 miles) away from the coast, Schulz Paulsson noted it was built near the end of the megalithic age, when the concept had time to spread from the coasts. Moreover, these societies could readily overcome large distances -- Schulz Paulsson said that Stonehenge's components were quarried more than 250 kilometers away.

This sequence of events and the placement of the sites suggests the concept of megaliths spread over sea routes originating from northwest France in three main phases over the course of a millennium, Schulz Paulsson said.

She added that maritime technology and seafaring during the megalithic age were probably more advanced than previously thought.

Future research will examine DNA and strontium isotopes from human bones from these sites to learn more about who built these megaliths, Schulz Paulsson said. She detailed her findings online Feb. 11 in the journal Proceedings of the National Academy of Sciences.

Reprinted with permission from Inside Science, an editorially independent news product of the American Institute of Physics, a nonprofit organization dedicated to advancing, promoting and serving the physical sciences.
Inside Science
More Articles All Articles
About