A unique discovery of two celestial explosions at exactly the same position in the sky has led astronomers to suggest they have witnessed the death of one of the most massive stars that can exist.

A global collaboration of astronomers, led by Queen’s University Belfast teamed up with Japanese supernova hunter Koichi Itagaki to report an amazing new discovery. This is the first time such a double explosion has been observed and challenges our understanding of star-deaths.

In 2004 Koichi Itagaki discovered an exploding star in the galaxy UGC4904 (78 million light years away in the Lynx constellation), which rapidly faded from view in the space of 10 days. It was never formally announced to the community, but then he then found a new much brighter explosion in the same place only two years later in 2006, which he proposed as new supernova. Queen’s astronomers Prof. Stephen Smartt and Dr. Andrea Pastorello immediately realised the implications of finding two explosions at the same position on the sky.

They began observing the 2006 supernova (named SN2006jc) with a wide range of large telescopes and analysed Itagaki’s images to show that the two explosions were exactly in the same place. The most likely explanation for the 2004 explosion was probably an outburst of a very massive star like Eta-Carinae, which was observed to have a similar giant outburst in the 1850s. The 2006 supernova was the final death of the same star.

CLICK IMAGE FOR FULL SIZE
This is an image of Eta-Carina in our galaxy, taken with the Hubble Space Telescope. The star that exploded in 2004 and 2006 in the far off galaxy 2006 was likely a very massive star like Eta-Carina, of up to 100 solar masses, and doomed to death when its core collapsed to a black hole. Credit: NASA/ESA Hubble Space Telescope and Jon Morse

Dr. Pastorello said "We knew the 2004 explosion could be a giant outburst of very massive star, and we know that only the most massive stars can produce this type of outburst. So the 2006 supernova must have been the death of the same star, possibly a star 50 to 100 times more massive than the Sun. And it turns out that SN2006jc is a very weird supernova – unusually rich in the chemical element helium which supports our idea of a massive star outburst then death."

Dr. Pastorello used UK telescopes on La Palma (the Liverpool Telescope, and William Herschel Telescope) in a combined European and Asian effort to monitor the energetics of SN2006jc. He showed that the exploding star must have been a Wolf-Rayet star, which are the carbon-oxygen remains of originally very high mass stars.

Prof Smartt is funded by a prestigious EURYI fellowship to study the birth and death of stars. He said "The supernova was the explosion of a massive star that had lost its outer atmosphere, probably in a serious of minor explosions like the one Koichi found in 2004. The star was so massive it probably formed a black hole as it collapsed. This is the first time two explosions of the same star have been found, and it challenges our theories of the way stars live and die." 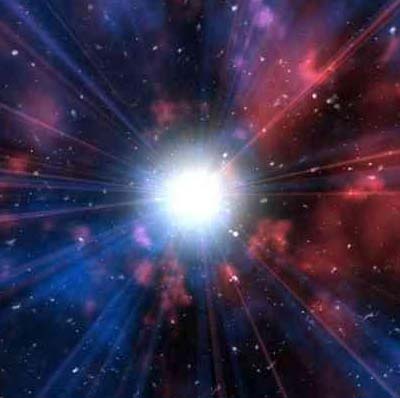 Although this is the first time two such explosions have been found to be coincident, they could be more frequent than currently thought. The future Pan-STARRS project, a new telescope with the world’s largest digital camera which can survey the whole sky once a week could search for these peculiar supernovae. Queen’s are partners in the Pan-STARRS science team and hope to use it to understand how the most massive stars in the Universe die.

The Science and Technology Facilities Council funds UK research in astronomy and access to telescopes such as the William Herschel Telescope.