Some day, heart attack survivors might have a patch of laboratory-grown muscle placed in their heart, to replace areas that died during their attack. Children born with defective heart valves might get new ones that can grow in place, rather than being replaced every few years. And people with clogged or weak blood vessels might get a new “natural” replacement, instead of a factory-made one.

These possibilities are all within reach, and could transform the way heart care is delivered, say University of Michigan Medical School researchers in the new issue of the journal Regenerative Medicine. Technology has advanced so much in recent years, they write, that scientists are closer than ever to “bioengineering” entire areas of the heart, as well as heart valves and major blood vessels. 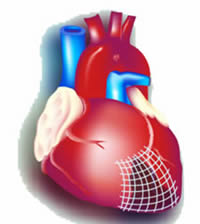 CLICK ABOVE FOR FULL DIAGRAM. This diagram shows the different ways in which tissue engineers believe that heart muscle, heart valve and blood vessel tissue can be grown in the laboratory and used to treat patients with a variety of cardiovascular conditions. Image courtesy of Regenerative Medicine. Copyright 2007, Regenerative Medicine. Used by permission.

But hurdles still remain before the products of this tissue engineering are ready to be implanted in patients as replacements for diseased or malformed structures, the team notes. Among the hurdles: determining which types of cells hold the most potential, and finding the best way to grow those cells to form viable cardiac tissue that is strong, long-lasting and structured at a cellular level like natural tissue.

The new article reviews the current state of cardiac tissue engineering, both at the U-M Cardiac Surgery Artificial Heart Laboratory and in labs worldwide.

“Tissue engineering is a rapidly evolving field, and cardiovascular tissue is one of the most exciting areas but also one of the most challenging,” says Ravi Birla, Ph.D., the paper’s senior author and director of the U-M Artificial Heart Laboratory. “With this paper, we’re presenting the current state of the art as it exists in our lab and others, and pointing out both potential applications and hurdles that remain.”

The paper presents a model for collaborative research between engineers, clinicians and biologists for successful cardiovascular tissue engineering research.

“Although there remain tremendous technological challenges, we are now at a point where we can engineer first-generation prototypes of all cardiovascular structures: heart muscle, tri-leaflet valves, blood vessels, cell-based cardiac pumps and tissue engineered ventricles,” says Birla.

Research at the Artificial Heart Laboratory has focused on comparing different platforms to engineer functional heart muscle in the laboratory. Last December, Birla and first author Yen-Chih Huang, PhD, published a paper describing their success in growing pulsing, three-dimensional patches of bioengineered heart muscle, or BEHM. That paper describes the use of an innovative technique, using a fibrin hydrogel, that is faster than others, but still yields tissue with significantly better properties.

The gel was able to support rat cardiac cells temporarily, before the fibrin broke down as the cells multiplied and organized into tissue within a few days. Tests showed that the BEHM was capable of generating pulsating forces and reacting to stimulation more like real muscle than ever before.

Previously, the group described the results of a self organization strategy, showing that it was possible to engineer heart muscle that closely resembles normal heart muscle physiology without any synthetic scaffolding material. The U-M team and others have also shown how polymeric scaffolds can be used to engineer heart muscle of any shape or size to match the area of the damaged heart muscle – raising the possibility of engineering customized patches to meet the specific requirements of patients. All of these approaches are described in the recent review article.

The new article, by Birla and lead author Louise Hecker, a graduate student in the U-M Department of Cell & Developmental Biology, describes the “bioreactor” that the team uses to grow their BEHM. It also details many other discoveries that have been made by other teams using different cell-growing surfaces and conditions, as well as hurdles that still lie ahead. In all, the authors say, bioengineered cardiac tissue holds immediate promise as a way to study heart disease and its treatment in cell cultures – and promise over the longer term as a source of new patient treatments.

As part of the effort to make the leap from the lab to the clinic, U-M is applying for patent protection on the Artificial Heart Laboratory’s developments and is actively looking for a corporate partner to help bring the technology to market.

The U-M team’s bioreactor was developed Robert Dennis, Ph.D., formerly of the U-M College of Engineering and now at the University of North Carolina. It allows up to 11 specimens of tissue to be grown in the same conditions at the same time, while allowing each specimen to be “stretched” using a specially made device that can both apply forces and measure the forces generated when the tissue begins contracting and beating on its own. In the new paper, the team reports that it has achieved a doubling of the contracting force in just seven days, by stretching the BEHM at 1 Hertz.

The growing of heart muscle, heart valve and blood vessel tissue in the lab also requires careful control of conditions such as temperature, oxygen and carbon dioxide levels, nutrients and pH level. This can then encourage the cells to begin producing the kinds of molecules needed to signal to and connect with other cells, and to produce the extracellular matrix that supports cells in tissue.

The U-M Artificial Heart Laboratory has teamed up with a commercial partner to develop a novel perfusion system that can deliver controlled nutrient exchange to the tissue engineered heart muscle. The perfusion system is the first of its kind, because it does not rely on a traditional cell culture incubator, giving the researchers the ability to carefully control the culture environment of the cells during heart muscle formation and foster a higher degree of functionality.

Even if cell-growing conditions can be perfected to produce tissue that is strong, durable and shaped like the native tissue it is designed to replace, another major challenge remains: which type of cells to use. Or more clearly, which types of cells to use – because heart muscle tissue is made up of several types of cells. Human heart cells are hard to come by, and “adult” stem cells haven’t yet been shown to be changeable into cardiac cells. Embryonic stem cells, while promising, come with political baggage. And other types of muscle cells taken from elsewhere in the body — including skeletal muscles — have been used in early clinical trials, but results are mixed.

Written from a news release by University of Michigan Health System.