The first major global assessment of climate change science in six years has concluded that changes in the atmosphere, the oceans and glaciers and ice caps show unequivocally that the world is warming.

The Intergovernmental Panel on Climate Change (IPCC) concludes that major advances in climate modelling and the collection and analysis of data now give scientists “very high confidence” (at least a 9 out of 10 chance of being correct) in their understanding of how human activities are causing the world to warm. This level of confidence is much greater than what could be achieved in 2001 when the IPCC issued its last major report.

Today’s report, the first of four volumes to be released this year by the IPCC, also confirms that the marked increase in atmospheric concentrations of greenhouse gases carbon dioxide (CO2), methane (CH4) and nitrous oxide (N2O) since 1750 is the result of human activities. 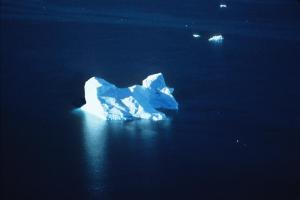 An even greater degree of warming would likely have occurred if emissions of pollution particles and other aerosols had not offset some of the impact of greenhouse gases, mainly by reflecting sunlight back out to space.

Three years in the making, the report is based on a thorough review of the most-up-to-date, peer-reviewed scientific literature available worldwide. It describes an accelerating transition to a warmer world marked by more extreme temperatures including heat waves, new wind patterns, worsening drought in some regions, heavier precipitation in others, melting glaciers and Arctic ice and rising global average sea levels. For the first time, the report provides evidence that the ice sheets of Antarctica and Greenland are slowly losing mass and contributing to sea level rise.

“This report by the IPCC represents the most rigorous and comprehensive assessment possible of the current state of climate science and has considerably narrowed the uncertainties of the 2001 report,” said Michel Jarraud, Secretary General of the World Meteorological Organization (WMO). “Progress in observations and measurements of the weather and climate are keys to improved climate research, with National Meteorological and Hydrological Services playing a crucial role.”

“While the conclusions are disturbing, decision makers are now armed with the latest facts and will be better able to respond to these realities. The speed with which melting ice sheets are raising sea levels is uncertain, but the report makes clear that sea levels will rise inexorably over the coming centuries. It is a question of when and how much, and not if,” he said.

“In our daily lives we all respond urgently to dangers that are much less likely than climate change to affect the future of our children,” said Achim Steiner, Executive Director of the United Nations Environment Programme (UNEP), which, together with WMO, established the IPCC in 1988.

“The implications of global warming over the coming decades for our industrial economy, water supplies, agriculture, biological diversity and even geopolitics are massive. Momentum for action is building; this new report should spur policymakers to get off the fence and put strong and effective policies in place to tackle greenhouse gas emissions,” he said.

The report also concludes that:

• If atmospheric concentrations of greenhouse gases double compared to pre-industrial levels, this would “likely” cause an average warming of around 3°C (5.4°F), with a range of 2 - 4.5°C (3.6 - 8.1°F). For the first time, the IPCC is providing best estimates for the warming projected to result from particular increases in greenhouse gases that could occur after the 21st century, along with uncertainty ranges based on more comprehensive modelling.

• The best estimates for sea-level rise due to ocean expansion and glacier melt by the end of the century (compared to 1989 – 1999 levels) have narrowed to 28 - 58 cm, versus 9 - 88 cm in the 2001 report, due to improved understanding. However, larger values of up to 1 m by 2100 cannot be ruled out if ice sheets continue to melt as temperature rises. The last time the polar regions were significantly warmer than at present for an extended period (about 125,000 years ago), reductions in polar ice volume caused the sea level to rise by 4 to 6 m.

• Sea ice is projected to shrink in both the Arctic and Antarctic regions. Large areas of the Arctic Ocean could lose year-round ice cover by the end of the 21st century if human emissions reach the higher end of current estimates. The extent of Arctic sea ice has already shrunk by about 2.7% per decade since 1978, with the summer minimum declining by about 7.4% per decade.

• Snow cover has decreased in most regions, especially in spring. The maximum extent of frozen ground in the winter/spring season decreased by about 7% in the Northern Hemisphere over the latter half of the 20th century. The average freezing date for rivers and lakes in the Northern Hemisphere over the past 150 years has arrived later by some 5.8 days per century, while the average break-up date has arrived earlier by 6.5 days per century.

• It is “very likely” that precipitation will increase at high latitudes and “likely” it will decrease over most subtropical land regions. The pattern of these changes is similar to what has been observed during the 20th century.

• It is “very likely” that the upward trend in hot extremes and heat waves will continue. The duration and intensity of drought has increased over wider areas since the 1970s, particularly in the tropics and subtropics. The Sahel, the Mediterranean, southern Africa and parts of southern Asia have already become drier during the 20th century.

• The amounts of carbon dioxide and methane now in the atmosphere far exceed pre-industrial values going back 650,000 years. As stated above, concentrations of carbon dioxide have already risen from a pre-industrial level of 280 ppm to around 379 ppm in 2005, while methane concentrations have risen from 715 parts per billion (ppb) to 1,774 in 2005.

• A number of widely discussed uncertainties have been resolved. The temperature record of the lower atmosphere from satellite measurements has been reconciled with the ground-based record. Key remaining uncertainties involve the roles played by clouds, the cryosphere (glaciers and ice caps), oceans, deforestation and other land-use change, and the linking of climate and biogeochemical cycles.

The IPCC does not conduct new research. Instead, its mandate is to make policy-relevant assessments of the existing worldwide literature on the scientific, technical and socio-economic aspects of climate change. Its reports have played a major role in inspiring governments to adopt and implement the United Nations Framework Convention on Climate Change and the Kyoto Protocol.

The Summary for Policymakers for IPCC Working Group I, which was finalized line-by-line by governments during the course of this week, has now been posted in English at http://www.ipcc.ch. The full underlying report – “Climate Change 2007: The Physical Science Basis” – will be published by Cambridge University Press.

The report was produced by some 600 authors from 40 countries. Over 620 expert reviewers and a large number of government reviewers also participated. Representatives from 113 governments reviewed and revised the Summary line-by-line during the course of this week before adopting it and accepting the underlying report.

The Working Group II report on climate impacts and adaptation will be launched in Brussels on 6 April. The Working Group III report on mitigation will be launched in Bangkok on 4 May. The Synthesis Report will be adopted in Valencia, Spain on 16 November. Together, the four volumes will make up the IPCC’s fourth assessment report; previous reports were published in 1990, 1995 and 2001.

Note: This article has been adapted from a news release issued by World Meteorological Organization.