Flaxseed, an edible seed that is rich in omega 3-fatty acids and fiber-related compounds known as lignans, is effective in halting prostate tumor growth, according to a study led by Duke University Medical Center researchers. The seed, which is similar to a sesame seed, may be able to interrupt the chain of events that leads cells to divide irregularly and become cancerous.

"Our previous studies in animals and in humans had shown a correlation between flaxseed supplementation and slowed tumor growth, but the participants in those studies had taken flaxseed in conjunction with a low-fat diet," said Wendy Demark-Wahnefried, Ph.D., a researcher in Duke's School of Nursing and lead investigator on the study. "For this study, we demonstrated that it is flaxseed that primarily offers the protective benefit." 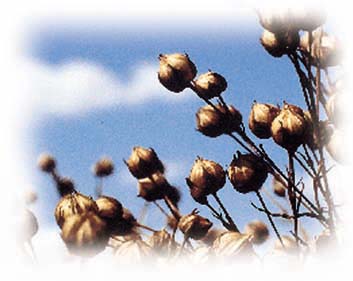 The researchers will present their results on Saturday, June 2, during a news briefing at the annual meeting of the American Society of Clinical Oncology, in Chicago. The multisite study, which was funded by the National Institutes of Health, also involved researchers at the University of Michigan and the University of North Carolina at Chapel Hill.

In the study, the researchers examined the effects of flaxseed supplementation on men who were scheduled to undergo prostatectomy -- surgery for the treatment of prostate cancer. The men took 30 grams of flaxseed daily for an average of 30 days prior to surgery. Once the men's tumors were removed, the researchers looked at tumor cells under a microscope, and were able to determine how quickly the cancer cells had multiplied.

Men taking flaxseed, either alone or in conjunction with a low-fat diet, were compared to men assigned to just a low-fat diet, as well as to men in a control group, who did not alter or supplement their daily diet. Men in both of the flaxseed groups had the slowest rate of tumor growth, Demark-Wahnefried said. Each group was made up of about 40 participants.

Study participants took the flaxseed in a ground form because flaxseed in its whole form has an undigestible seed coat, she said. Participants elected to mix it in drinks or sprinkle it on food, such as yogurt.

"The results showed that the men who took just flaxseed as well as those who took flaxseed combined with a low-fat diet did the best, indicating that it is the flaxseed which is making the difference," Demark-Wahnefried said.

Flaxseed is thought to play a part in halting the cellular activity that leads to cancer growth and spread. One reason could be that as a source of omega-3 fatty acids, flaxseed can alter how cancer cells lump together or cling to other body cells, both factors in how fast cancer cells proliferate, Demark-Wahnefried said. The researchers also suspect that lignans may have antiangiogenic properties, meaning they are able to choke off a tumor's blood supply, stunting its growth.

"We are excited that this study showed that flaxseed is safe and associated with a protective effect on prostate cancer," Demark-Wahnefried said.

The researchers hope to next test the effectiveness of flaxseed supplementation in patients with recurrent prostate cancer, and ultimately to study its role as a preventative agent.

One out of six American men will develop prostate cancer. More than 218,000 men are expected to be diagnosed with the disease in 2007, according to the American Cancer Society, and about 27,000 will die from it.