A limpet no bigger than a coin could reveal the possible fate of cold-blooded Antarctic marine animals according to new research.

Compared to their temperate and tropical cousins, cold-blooded polar marine animals are incapable of fast growth. Until now scientists assumed that a lack of food in winter was the major limiting factor. Studies of the protein-making abilities of limpets in both the sea around the British Antarctic Survey’s (BAS) Rothera Research Station and in the laboratory aquarium reveal that these animals cannot make proteins – the building blocks of growth - efficiently.

Lead author Dr Keiron Fraser from BAS says,“This is an important step forward in our understanding of the complex biodiversity of Antarctica’s unique ecosystem. Sea temperature is predicted to increase by around 2°C in the next 100 years. If cold-blooded Antarctic animals can’t grow efficiently, or increase their growth rates, they are unlikely to be able to cope in warmer water, or compete with species that will inevitably move into the region as temperatures rise.” 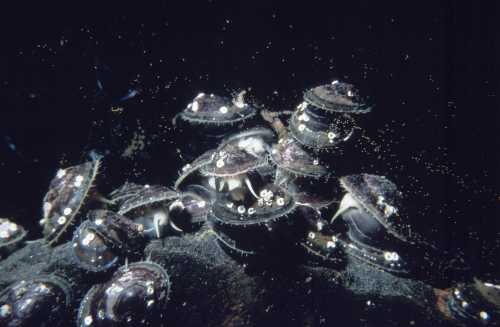 Growth in animals occurs primarily by making and retaining proteins. While tropical water limpets typically retain 70% of the proteins they make, those in the Antarctic appear only to retain about 20%.