African societies, including those of the Bwaba of Burkina Faso and the Bassar of northern Togo, consider certain natural sites located on their territory as sacred. With each of these places these communities associate supernatural beings, kinds of spirits, that they have to come to terms with.

Maintenance of relations with these spirits requires strict preservation of the sites that they occupy. This is the case notably for the sacred groves, where wood cutting and all forms of removal of materials or organisms are strictly forbidden. 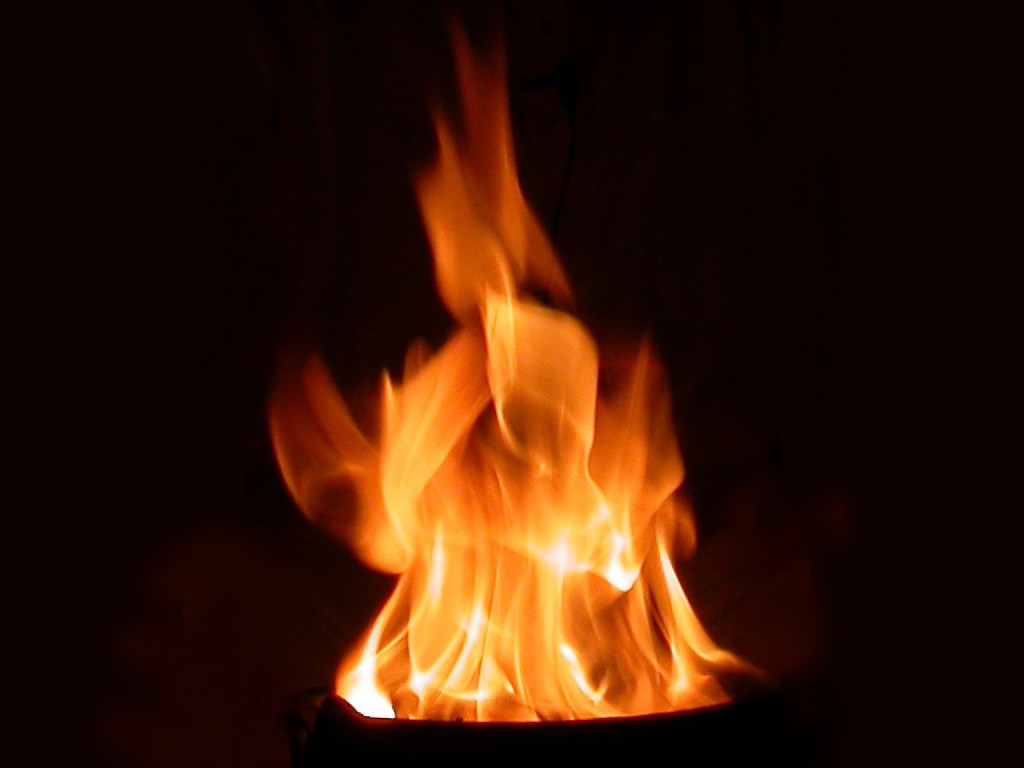 IRD ethnologist Stephan Dugast (1) describes other sites, which benefit from the same status of sacred natural sites and which once per year are the scene for ritual bush fires. The belief system of the groups studied reserves an important symbolic place for these ritual fire areas on a level comparable with that of sacred groves.

The rules and restrictions applied to them are similar. Thus, the ritual fire areas are at all other times rigorously protected from all forms of fire. In the event of an accidental fire, the person responsible for such negligence will succumb to the wrath of the offended spirits, while the ceremonial burning will be cancelled for that year, depriving the village of the purifying benefits the operation is expected to bring. Paradoxically, the punishment for allowing accidental fire in sacred woodland is less severe, as the offender can avoid death for the price of sacrificing a bullock.

The fire must only be set off on the date fixed by the ceremonial calendar established by the person responsible for the site -and in the very strict framework that defines among other things the sacrifices to be performed in parallel. Moreover, the operation must be presided over by the site’s rituals overseer in person.

This ceremony is the occasion for a mobilization of the whole group. It brings them around the fire for collective hunting, but also to the edges of the sacred forest groves to clear strips for fire breaks in the days leading up to the ritual fire.

In spite of their close symbolic significance, the ritual fire areas and the sacred groves are associated with highly distinct types of environment. The sacred groves have, since their origin, always consisted of dense stands of trees with thick understorey devoid of herbaceous groundcover. The ritual fire sites are demarcated on vast expanses of herbaceous vegetation with almost no trees. The ritual treatment is appropriate for the natural substrate of each site.

In this way, the use of fire or protection against fire contributes to maintenance of these sites in an exemplary “natural” state, where the initial characteristics are reinforced. The ecological effects of fire are more favourable for herbaceous plants than for trees, hence the features of the whole system tend to homogenize the herbaceous cover and to thin out the tree cover in the ritual fire sites.

In the ritual fire ceremonies, it is fire’s purifying action that is sought. In this way, the Bwaba consider that fire chases away or destroys evil spirits that haunt the edges of the village and, indirectly, even the interior of the village. The flames destroy the grasses and herbaceous growth, cleaning the place in the process. Once the fire has ceased to advance on the ritual area, it is assumed to continue invisibly inside the village where its purifying action persists: the fire’s passage through the alleys and yards destroys all the harmful elements which could be present within the boundary of the inhabited area.

This purifying action is prolonged by the active participation of the members of the village, on the occasion of the collective beat that invariably accompanies any ritual fire ceremony. Among the animals killed by the hunters, some are taken to be in reality incarnations of intruding sorcerers from outside villages come with the intention of doing harm.

More generally, all the animals called upon to perish that day, in the flames of the fire or during the hunt, are considered as “bad animals”, as opposed to the “good animals” which succeed in escaping, most often finding refuge in the neighbouring scrubland and in the sacred groves. It is in there that a link is found between the two types of natural sacred site. The escaped animals gain the status of good omens, from the sole fact that they have survived. They are believed to bring good fortune to the village for the whole of the coming year, from that day to the moment of the next ritual fire.

The ritual fires, which create a association between the action of the fire and the mobilization of the community, occupy a space where social and symbolic dimensions meet. The lighting of the fire by the ceremonial master in the ritual area, breaking one year of strict preservation, constitutes an inversion rite. This act of transgression, immediately repeated by all the participants, arouses a real feeling of liberation and appeasement. It is in this way that the sudden removal of a prohibition which concerns all members of the community intervenes to reinforce social cohesion.