Common DNA modifications occur through methylation, a chemical process that can dramatically change gene expression, which regulates the eventual production of proteins that carry out the functions of an organism.

Through epigenetics, organisms sometimes bypass the genetic code to transmit certain traits to their offspring. DNA modifications, without changing DNA sequence, carry out those transmissions. 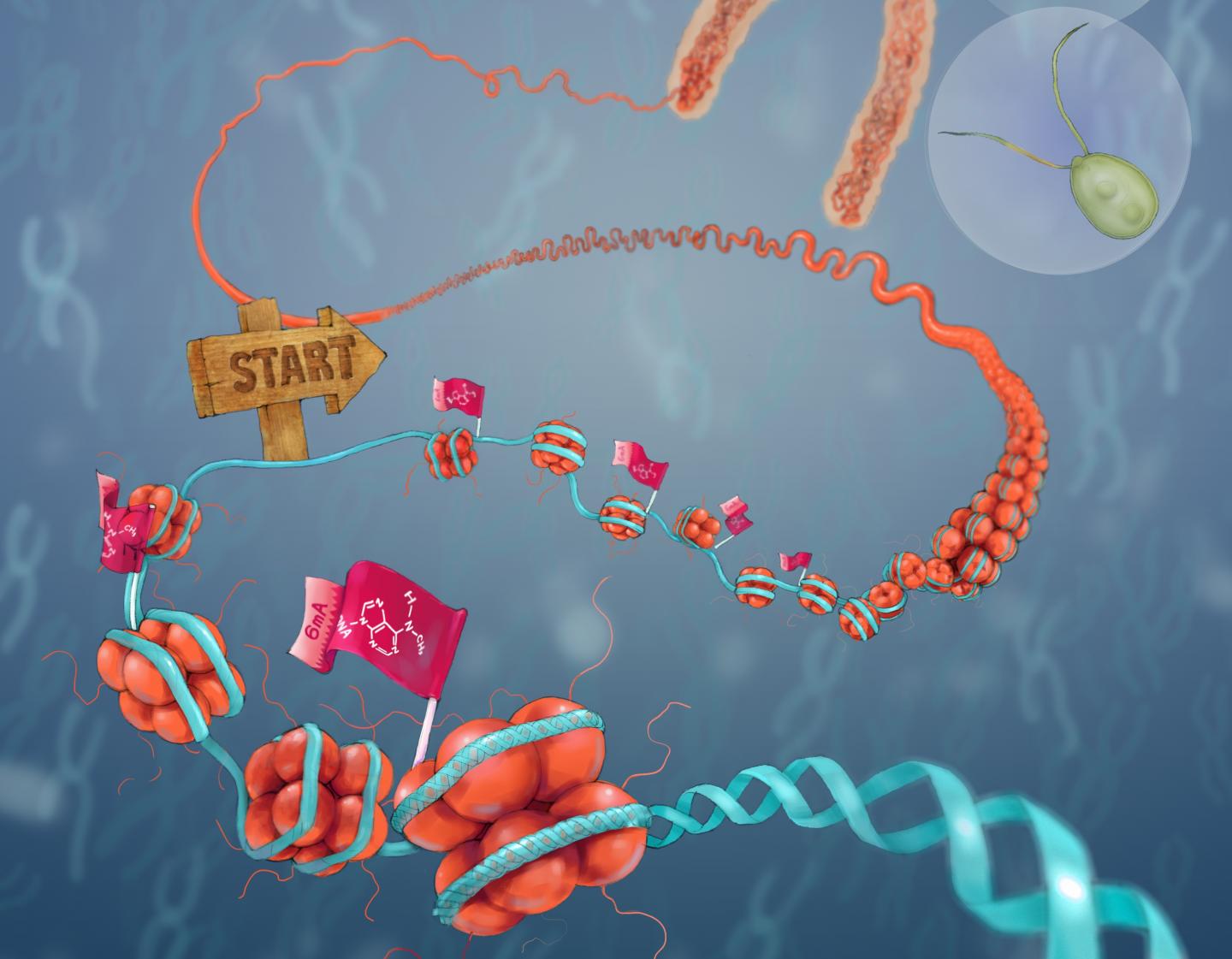 "The human genome is not static. It contains dynamic DNA modifications that carry key inheritable epigenetic information passed among generations of cells," said Chuan He, the John T. Wilson Distinguished Service Professor in Chemistry at University of Chicago and a Howard Hughes Medical Institute Investigator who group contributed to three Cell papers which report the presence and function of N6-methyladenine (6mA) in three organisms.

"The conservation of this modification from simple unicellular eukaryotes to vastly different worms and flies indicate its wide presence and functional roles," He said. "All three studies together uncover a potential new epigenetic mark on eukaryotic DNA. They open a new field of biology and chemical biology."

Worms and flies were not previously known to contain DNA methylations. The presence of 6mA in green algae (Chlamydomonas), has been known for more than 30 years, but "No one had any idea what it does inside green algae."

In one of the Cell papers, the team unveiled the function of 6mA in Chlamydomonas, a green algae of potential use in biofuel production.

"Genes that have methylated cytosine have been associated with reduced gene expression," said Mets, who counts Chlamydomonas among his research specialties. "What's different about adenine methylation is that it is associated with more strongly expressed genes. It's a missing piece in the puzzle of regulation at the DNA modification level, and that's an exciting thing."