Andinobates geminisae is named for Geminis Vargas, "the beloved wife of [coauthor] Marcos Ponce, for her unconditional support of his studies of Panamanian herpetology."

Every new species name is based on a representative specimen. The specimen for this species was collected Feb. 21, 2011, in the headwaters of the Rio Caño, in the district of Donoso, Colón Province, Panama, by Samuel Valdés, who was then the MWH Global Inc. environment office director, and his field assistant, Carlos de la Cruz. 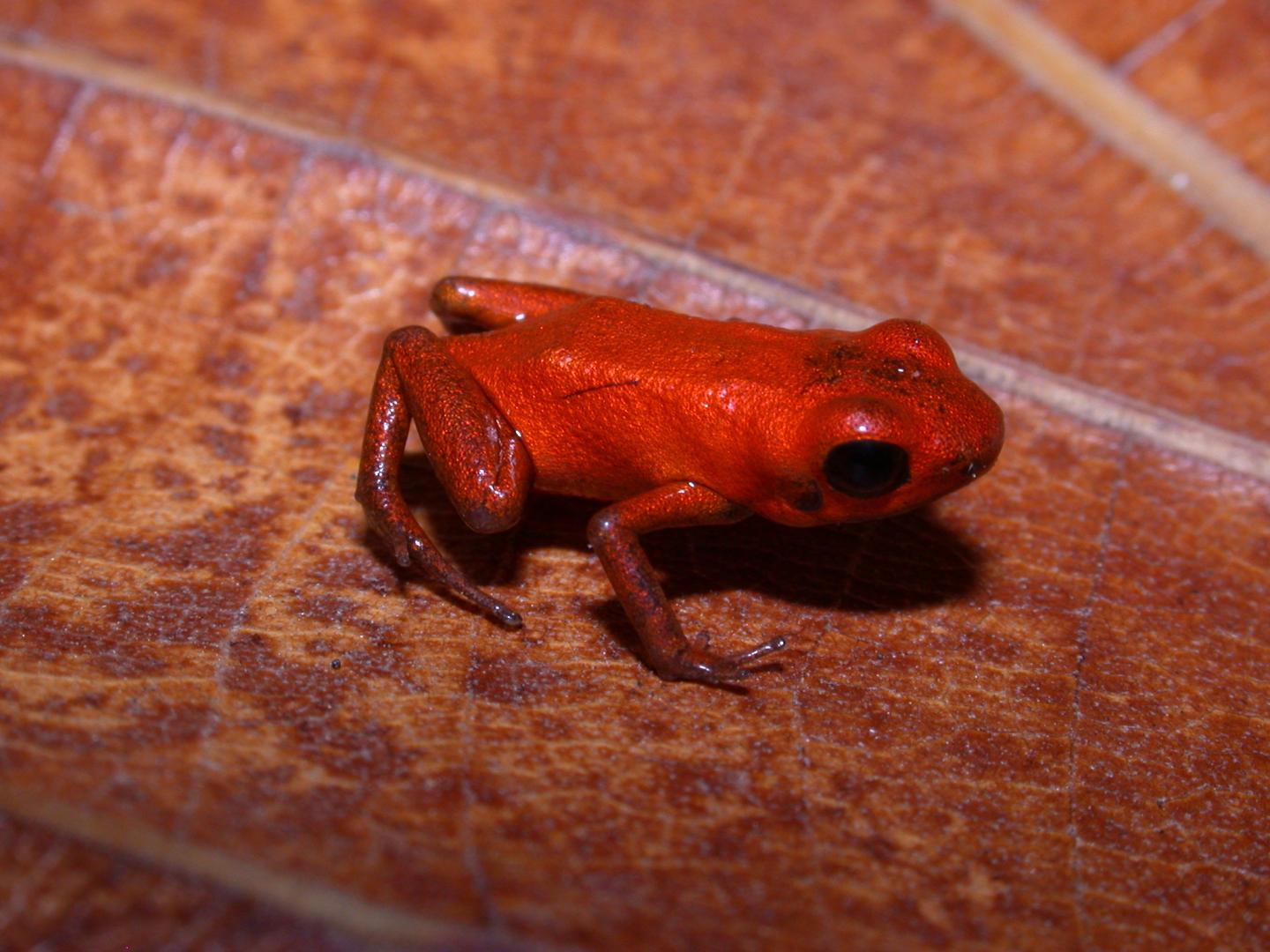 "Abel Batista and Marcos Ponce were the first to note the presence of this species," said Cesar Jaramillo, Smithsonian herpetologist. "They've known it was there for several years. However, they were not sure if it was only a variety of another poison dart frog species, Oophaga pumilio, which exhibits tremendous color variation. Based on morphological characteristics of the adult and the tadpole, I thought it might be a new species of Andinobates."

Andrew Crawford, professor at Universidad de Los Andes and former STRI postdoctoral fellow, sequenced the DNA, confirming that this was a new species of Andinobates. Genetic information about this species is available in the Barcode of Life Data System and in GenBank. A recording of the call is available at AmphibiaWeb.org.

Because this new frog species appears to be found in only a very small area, habitat loss and collecting for the pet trade are major threats to its existence. The authors recommend the formulation of special conservation plans to guarantee its survival. A. geminisae is included in the captive breeding program of the Panama Amphibian Rescue and Conservation project, a consortium of six zoos and research institutions dedicated to saving amphibians from the chytrid fungal disease, which is decimating amphibians worldwide, and habitat loss.