News Staff
A breakthrough in artificial photosynthesis has been achieved with the development of  a hybrid system of semiconducting nanowires and bacteria that can capture carbon dioxide emissions before they are vented into the atmosphere and then, powered by solar energy, convert that carbon dioxide into valuable chemical products, including biodegradable plastics, pharmaceutical drugs and liquid fuels. 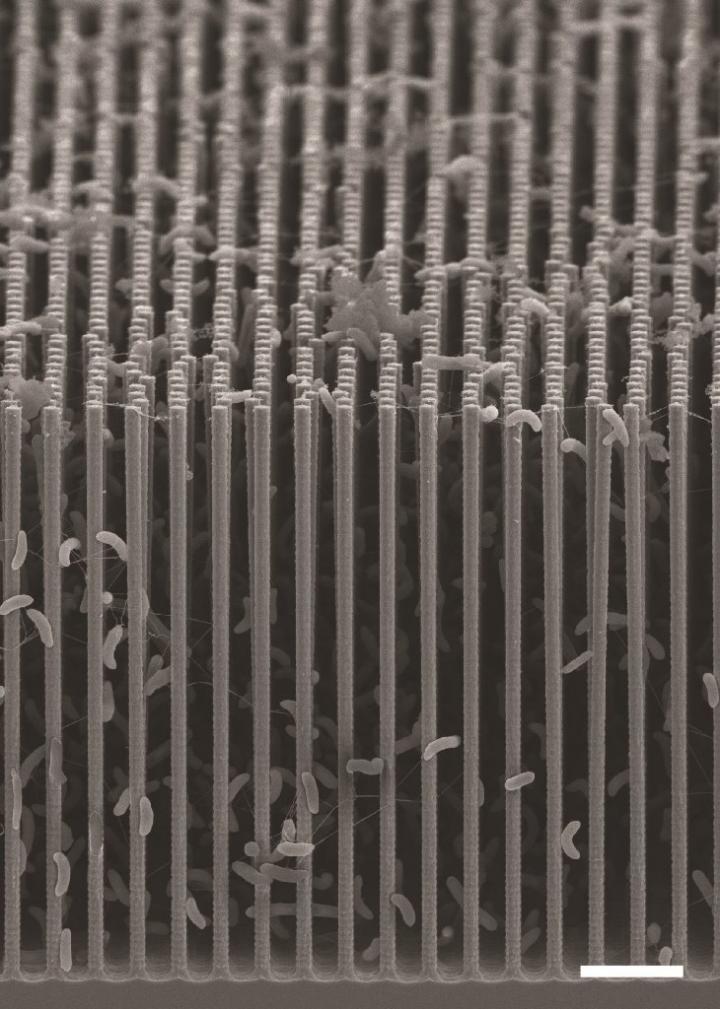 Once the forest of nanowire arrays is established, it is populated with microbial populations that produce enzymes known to selectively catalyze the reduction of carbon dioxide. For this study, the team used Sporomusa ovata, an anaerobic bacterium that readily accepts electrons directly from the surrounding environment and uses them to reduce carbon dioxide. Once the carbon dioxide has been reduced by S. ovata to acetate (or some other biosynthetic intermediate), genetically engineered E.coli are used to synthesize targeted chemical products. To improve the yields of targeted chemical products, the S. ovata and E.coli were kept separate for this study. In the future, these two activities - catalyzing and synthesizing - could be combined into a single step process.