News Staff
The bacterium Bacillus cereus had so far been considered to be exclusively endospore-forming. In response to harsh conditions, the bacteria form protective endospores enabling them to remain dormant for extended periods, then they reactivate to become fully functioning bacteria when conditions are favorable again.

Researchers at the University of Veterinary Medicine Vienna have found that B. cereus has an alternative lifestyle in the form of so called small colony variants (SCVs). In B. cereus these SCVs form in response to exposure with aminoglycoside antibiotics. SCVs grow slower than the original form of B. cereus. They have an altered metabolism and are resistant to those antibiotics which triggered this state, namely aminoglycosides.

“The bacterium protects itself against the harmful effects of the antibiotics by forming these Small Colony Variants. But B. cereus is usually treated with exactly those antibiotics which induce the SCV state. If an antibiotic triggers the formation of SCVs, it also triggers resistance,” says first author Elrike Frenzel. 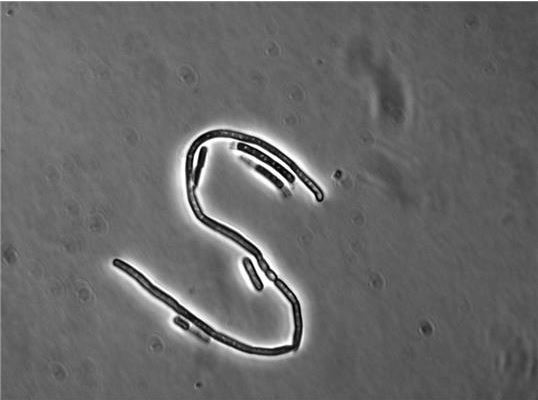 Traditional diagnostic methods are based on the identification of metabolic features of B. cereus. These tests will not detect SCVs, however, as they have a slower, altered metabolism. This may result in incorrect antibiotic therapies or even failed diagnoses. The authors see molecular-based diagnostics as the only way to diagnose this form of B. cereus. Treating B. cereus infections using only aminoglycoside antibiotics could bear the risk of a prolonged infection. SCVs grow more slowly, but they still produce toxins that are harmful to the body. “In this case, a combination therapy with other antibiotic groups is advisable,” Frenzel recommends.

One species of bacteria that has been known for years to be a multiresistant hospital pathogen and which poses a life-threatening risk for immunocompromised individuals in particular is Staphylococcus aureus. Those bacteria also form SCVs, but unlike B. cereus they are capable of reverting to its original state. For B. cereus, the adaptation to a small colony variant appears to be final. They believe that the SCV formation in B. cereus functions differently than in S. aureus.

“The ability to form SCVs appears to be of environmental significance for the bacteria,” Frenzel believes. “This alternative lifestyle allows the bacteria to avoid threatening stress factors such as antibiotic exposure. B. cereus are soil-dwelling, and other microorganism in the soil produce antibiotics. Here, too, the formation of SCVs would be an advantage for the bacteria.”