The brain is divided into two halves - the left side controls the right half of the body, and vice versa. Generally, one side of the brain is more dominant than the other. For example, people who are right-handed tend to have more activity in the left side of their brains.

Previous studies have highlighted the general region where the brain handles numbers - in an area called the fronto-parietal cortex, which runs approximately from the top of the head to just above the ear. But scientists are in the dark about how exactly the brain unpicks and processes numbers. However, previous observations from stroke patients, who often suffer damage to the right side of their brains, have given clues that suggest large numbers and small numbers are handled on different sides of the brain. 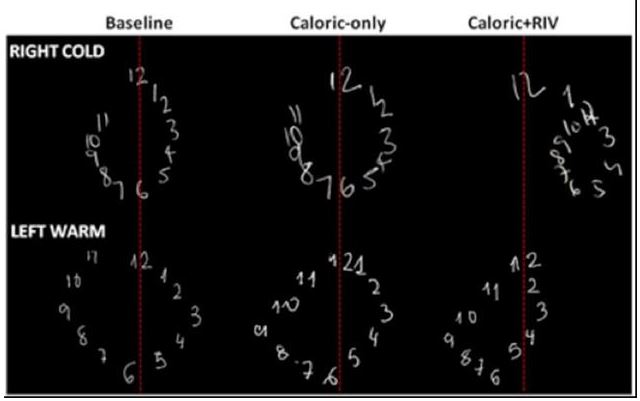 In their study, the team temporally deactivated either the left or right side of the brain of healthy volunteers. They did this using a complex technique – the volunteers were asked to wear goggles that showed them a picture of either a horizontal or vertical line. At the same time, the participants underwent a procedure called the caloric reflex test. This is commonly used to diagnose ear and balance disorders and involves trickling either hot or cold water into a person’s ears.

Earlier research has shown this combination activates different sides of the brain.
Volunteers then took a range of number tests. These involved saying the middle number between a number range, for instance between 22 and 76, or drawing the numbers of a clock face. "When we activated the right side of the brain, the volunteers were saying smaller numbers – for instance if we asked the middle point of 50-100, they were saying 65 instead of 75. But when we activated the left side of the brain, the volunteers were saying numbers above 75,” said Dr Ar.shad.

Dr Arshad adds that people tend to have one side of their brain more dominant than the other, and can test on themselves which side is more active during number processing.  “If you someone asks you to quickly name the middle number between two numbers - say 22 and 46 - and you overestimate the midpoint (34), you may have a relatively more active left side of the brain than someone who responds with 31. You can try this task a number of times with different numbers to see which side of the brain is most dominant.”