News Staff
Light is a useful tool for quantum communication, but it has one major disadvantage - it travels at the speed of light and sometimes things need to be kept in place, or at least slowed down.

Like with trains all sharing a track, you can't have one express line with no brakes for very long.

A team researchers has demonstrated they can put the brakes on light, and not in some arcane quantum system but rather in glass fiber networks we are already using today. By coupling atoms to glass fibers light was slowed down to train speed - 90 miles per hour - and they even managed to bring the light to a complete stop and to retrieve it again later.

If we are going to have a fiber-based quantum Internet, and teleport information over distances using quantum physics, light must be mastered.

Researchers from the Vienna University of Technology think they have done it.

In a vacuum, the speed of light is always the same, about 186,000 miles per second. When light is sent through a medium such as glass or water, it is slowed down a little bit due to its interaction with the material.  The researchers took that to an extreme by creating an exceedingly strong interaction between light and matter, says Professor Arno Rauschenbeutel (TU Wien / Vienna Center for Quantum Science and Technology). "The speed of light in our glass fiber is only 180 kilometers per hour. Any express train can top that."

In the experiment, cesium atoms are coupled to an ultrathin glass fiber. When the atom absorbs laser light it can pass from a state of low energy to a state of higher energy - provided that the energy of the absorbed photon matches the energy difference between the two states. This light, however, cannot be retrieved in a controlled way. 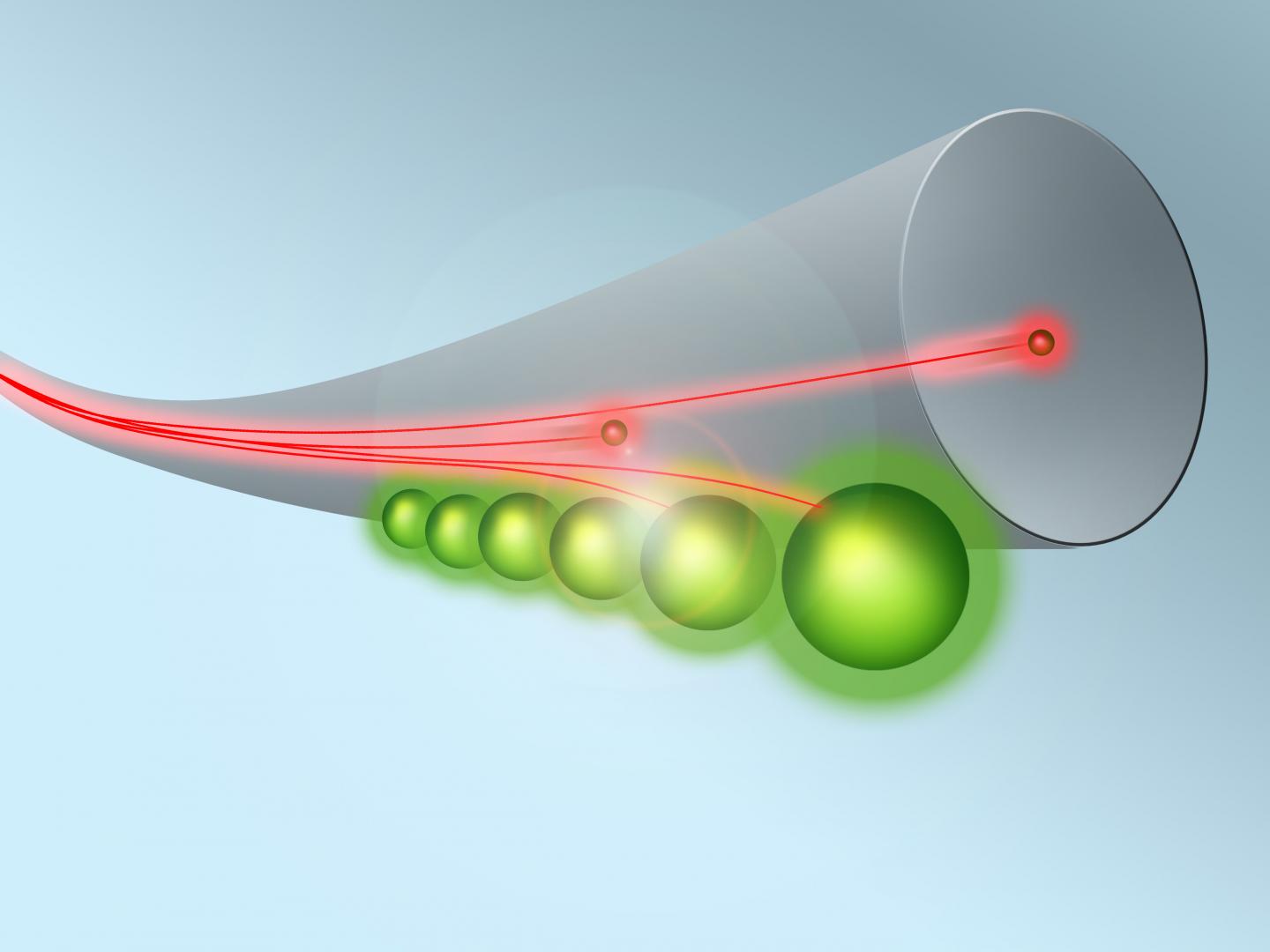 So they used an additional control-laser, which couples the high-energy state to a third atomic state. The interplay between these three quantum states prevents the photon from being absorbed and randomly emitted. Instead, the photon's quantum information is transferred to an ensemble of atoms in a controlled way, and it can be stored there for some time. The photon is turned into a collective excitation of atoms.

After two microseconds, a period of time in which the light would normally have travelled about half a kilometer, the control laser was used to prompt the atoms to emit the light back into the glass fiber. The properties of the photon stay exactly the same - an important prerequisite for quantum communication.

Because it was done in common glass fiber, their method of of quantum mechanically transferring information is very attractive - the network has already been built.

Bonus in an NSA-spying world: eavesdropping is impossible. The fundamental laws of quantum physics make sure that no one can tap the connection without being noticed.