News Staff
Conformity is a bad thing, in media portrayals like Apple advertisements - yet then they have a lot of people who look a lot alike all standing in line to buy the latest iPhone.

In reality, despite the claims of creative people who insist that only one brand is for creative people, they are conforming. It is human nature to conform. Former Vice-President Dan Quayle was once criticized for not knowing how to spell 'potato' while guest judging a spelling event. It was spelled wrong on the answer card and he knew it was wrong but he conformed and politicians and the public do the same thing every day.

It makes us follow the lead of computers, even if the machines give us the wrong advice.

Computers are going to make us wrong as often as hand-written answer cards ever did. It only takes three or four fake Einstein quotes on Facebook to know that computers can be used to deceive people.  But they can also do a lot of good.

Real-life encounters and face-to-face contact with other people are on the decline in a world that is becoming increasingly computerized. Many routine tasks are delegated to virtual characters. People spend hours role-playing through virtual-reality video games by taking on the persona of a virtual character or avatar.  A new study in Psychonomic Bulletin&Review investigates how people make judgment calls after playing role-playing video games and how video games can even lead people to acquire and practice real-life skills and new viewpoints.

Want to end racism? Play a Dalish elf who saves the world in Dragon Age: Inquisition.(1) They are slave labor in cities or hippies out in the woods and yet you can still be the Herald of a decidedly human deity, which will cause no end to annoyance and confusion for some - and maybe a rethink about how we are not so different from each other. 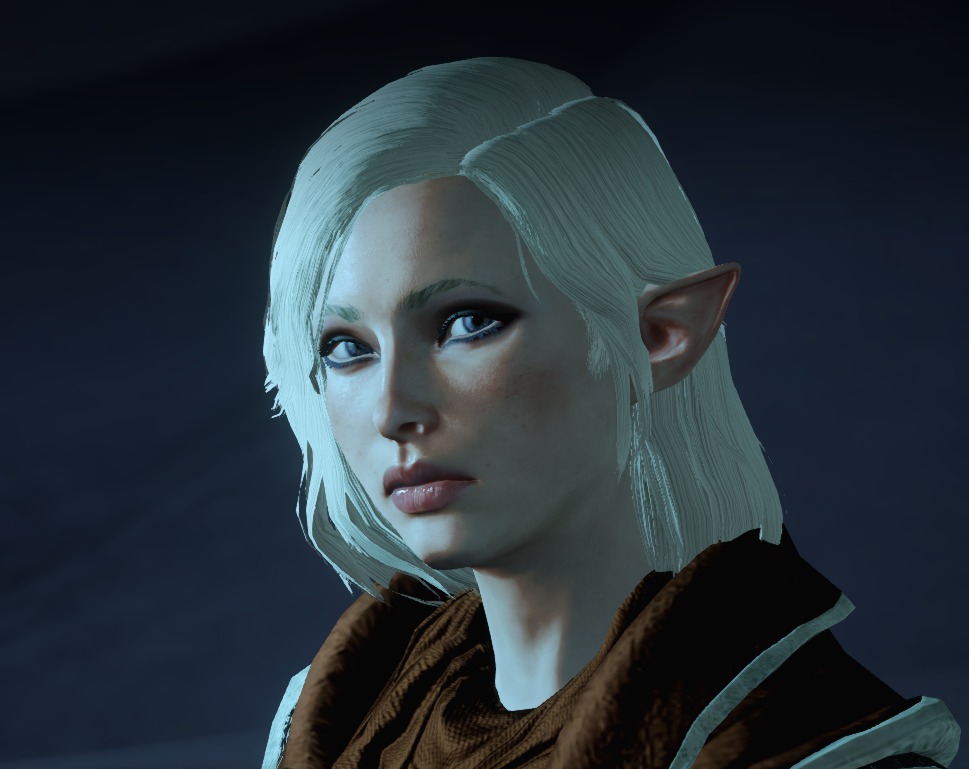 A new study, led by Ulrich Weger of the University of Witten/Herdecke in Germany, had participants play an immersive game for seven minutes as an avatar. Afterwards, they completed a job selection task in which they had the option of overriding incorrect choices made by a computer.

It was found that role-playing as the avatar in an immersive video game, compared to merely watching others play, makes people identify with a computer. They do so to such an extent that they actually start to conform to its decisions and follow its judgment - sometimes even if it is downright wrong. This shows that people conform, even when opinions are voiced by nonhuman agents. This is especially prevalent in ambiguous cases.

The reason for such behavior might be found in people's tendency to strive for accuracy. It leads to so-called information conformity, wherein people lose faith in their own skills and competence. They align themselves with others who are deemed to make accurate judgement calls on a matter - even if in the current case they make less accurate judgments.

The researchers believe there is a need to systematically reflect on gaming practices and on the consequences of what happens when people enter the artificiality of a virtual world. This is especially important in light of the fact that video gaming is becoming more widespread, especially among young males.

"Parents, educators, and players will need to take these consequences into consideration and take appropriate countermeasures," says Weger. "For instance, at the very least it would be appropriate to reflect on what it really means to be human. We need to examine how this humanness can be educated and strengthened when it is shifted towards a more robot-like nature during virtual journeys as an avatar. The long-term consequences of such virtual reality gaming is also difficult to estimate - for instance in terms of a potential alienation from real-life encounters. By the time we know for sure what the consequences really are, it is likely going to be more difficult, perhaps impossible, to take appropriate countermeasures."

(1) Qunari scare everyone so that doesn't do anything at all about racism. If you do the work, they can be just as cute as elves: