News Staff
Edentulism, the absence of teeth, has evolved on multiple occasions within vertebrates including birds, turtles, and a few groups of mammals such as anteaters, baleen whales and pangolins, but where early birds are concerned, the fossil record is fragmentary.

A question that has intrigued biologists is whether teeth were lost in the common ancestor of all living birds or convergently in two or more independent lineages of birds.

A research team using the degraded remnants of tooth genes in birds to determine when birds lost their teeth believes that teeth were lost in the common ancestor of all living birds more than 100 million years ago. 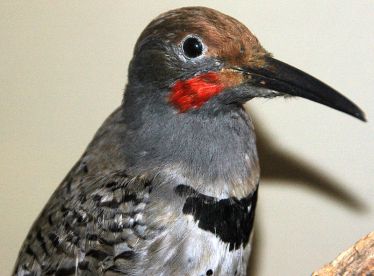 “One of the larger lessons of our finding is that ‘dead genes,’ like the remnants of dead organisms that are preserved in the fossil record, have a story to tell,” said Mark Springer, a professor of biology at University of California, Riverside and one of the lead authors of the study along with Robert Meredith at Montclair State University who was previously a graduate student and postdoctoral researcher in Springer’s laboratory. “DNA from the crypt is a powerful tool for unlocking secrets of evolutionary history.”

“Ever since the discovery of the fossil bird Archaeopteryx in 1861, it has been clear that living birds are descended from toothed ancestors,” he said. “However, the history of tooth loss in the ancestry of modern birds has remained elusive for more than 150 years.”

Tooth formation in vertebrates is a complicated process that involves many different genes. Of these genes, six are essential for the proper formation of dentin (DSPP) and enamel (AMTN, AMBN, ENAM, AMELX, MMP20).

The researchers examined these six genes in the genomes of 48 bird species, which represent nearly all living bird orders, for the presence of inactivating mutations that are shared by all 48 birds. The presence of such shared mutations in dentin and enamel-related genes would suggest a single loss of mineralized teeth in the common ancestor of all living birds.

Springer, Meredith, and other members of their team found that the 48 bird species share inactivating mutations in both dentin-related (DSPP) and enamel-related genes (ENAM, AMELX, AMTN, MMP20), indicating that the genetic machinery necessary for tooth formation was lost in the common ancestor of all modern birds.

“The presence of several inactivating mutations that are shared by all 48 bird species suggests that the outer enamel covering of teeth was lost around ~116 million years ago,” Springer said.

The research team also examined the genomes of additional toothless/enamelless vertebrates including three turtles and four mammals (pangolin, aardvark, sloth, and armadillo) for inactivating mutations in the dentin- and enamel-related genes. For comparison, the researchers looked at the genomes of mammalian taxa with enamel-capped teeth.

“All edentulous vertebrate genomes that we examined are characterized by inactivating mutations in DSPP, AMBN, AMELX, AMTN, ENAM, and MMP20, rendering these genes non-functional,” Springer said. “The dentin-related gene DSPP is functional in vertebrates with enamelless teeth — sloth, aardvark, armadillo. All six genes are functional in the American alligator, a representative of Crocodylia, the closest living relatives of birds, and mammalian taxa with enamel capped teeth.”

The research was supported, in part, by a grant to Springer from the National Science Foundation.

All the scientists are coauthors with several others, including UC Riverside biologist John Gatesy, on a second paper in the same issue of Science. This paper employs the same 48 bird genomes to ask the question: “What makes a bird a bird?”

“The new bird genomes represent a major advance given that only a handful of bird genomes — zebra finch, turkey, chicken and duck — were previously available,” Springer said.