Energy-Space Photography Captures Light Behaving As A Wave And A Particle
By News Staff | March 2nd 2015 06:45 AM | Print | E-mail

News Staff
Quantum mechanics tells us that light can behave simultaneously as a particle or a wave, but researchers haven't been able to capture both natures of light at the same time; the closest we have come is seeing either wave or particle at different times.

When UV light hits a metal surface, it causes an emission of electrons. Albert Einstein explained this "photoelectric" effect by proposing that light - thought to only be a wave - is also a stream of particles. Even though a variety of experiments have successfully observed both the particle- and wave-like behaviors of light, they have never been able to observe both at the same time.

Now, researchers at Ecole Polytechnique Fédérale de Lausanne have been able to take the first ever snapshot of light behaving both as a wave and as a particle. A research team led by Fabrizio Carbone used electrons to image light and so have captured, for the first time ever, a single snapshot of light behaving simultaneously as both a wave and a stream of particles particle. 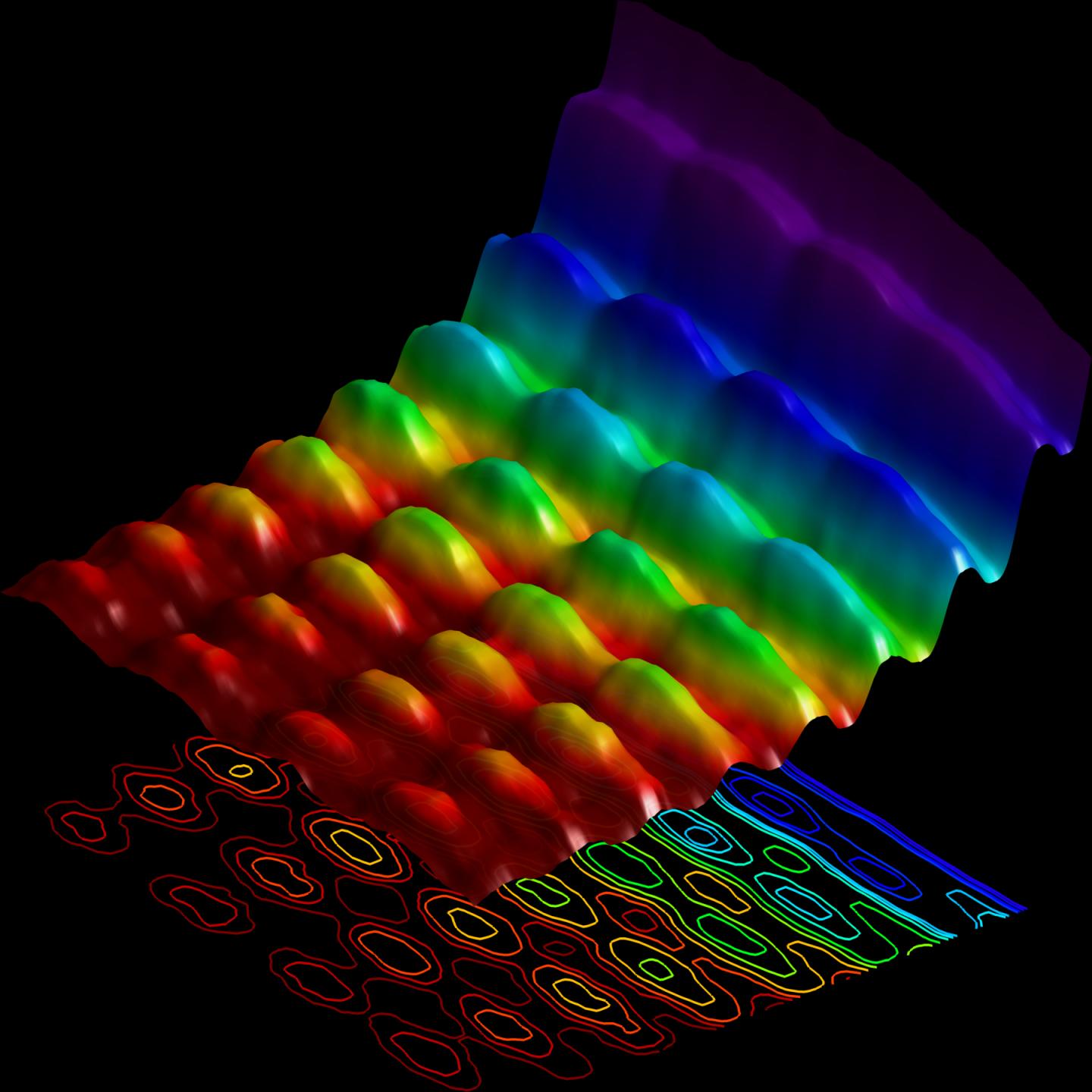 A pulse of laser light is fired at a tiny metallic nanowire. The laser adds energy to the charged particles in the nanowire, causing them to vibrate. Light travels along this tiny wire in two possible directions, like cars on a highway. When waves traveling in opposite directions meet each other they form a new wave that looks like it is standing in place. Here, this standing wave becomes the source of light for the experiment, radiating around the nanowire.

This is where the experiment's trick comes in: The scientists shot a stream of electrons close to the nanowire, using them to image the standing wave of light. As the electrons interacted with the confined light on the nanowire, they either sped up or slowed down. Using the ultrafast microscope to image the position where this change in speed occurred, Carbone's team could now visualize the standing wave, which acts as a fingerprint of the wave-nature of light.

While this phenomenon shows the wave-like nature of light, it simultaneously demonstrated its particle aspect as well. As the electrons pass close to the standing wave of light, they "hit" the light's particles, the photons. As mentioned above, this affects their speed, making them move faster or slower. This change in speed appears as an exchange of energy "packets" (quanta) between electrons and photons. The very occurrence of these energy packets shows that the light on the nanowire behaves as a particle.

"This experiment demonstrates that, for the first time ever, we can film quantum mechanics - and its paradoxical nature - directly," says Fabrizio Carbone. In addition, the importance of this pioneering work can extend beyond fundamental science and to future technologies. As Carbone explains: "Being able to image and control quantum phenomena at the nanometer scale like this opens up a new route towards quantum computing."