News Staff
From the frozen forests of Russia to the scorching sands of the Kalahari Desert, leopards are the most widely distributed large cat on earth. Their iconic spotted coat has been admired and coveted by humans for millennia.

But in one part in their vast range - the Malay Peninsula - leopards are almost entirely black in color.

Yes it turns out those have spots also. By modifying the infrared flash on automatic camera traps and forcing them into ‘night mode’ a team of wildlife experts has revealed the black leopard’s spots. Using infrared flash, the seemingly ‘black’ leopards suddenly showed complex patterns of spotting.

The black coloration known as melanism – the over development of dark-colored pigment in the skin and the opposite of albinism – makes it nearly impossible to identify individual animals. For this reason leopard populations in Peninsular Malaysia have been difficult to study for large carnivore researchers. Having revealed their spots field ecologists can now identify different animals and begin to estimate the population size of the species. 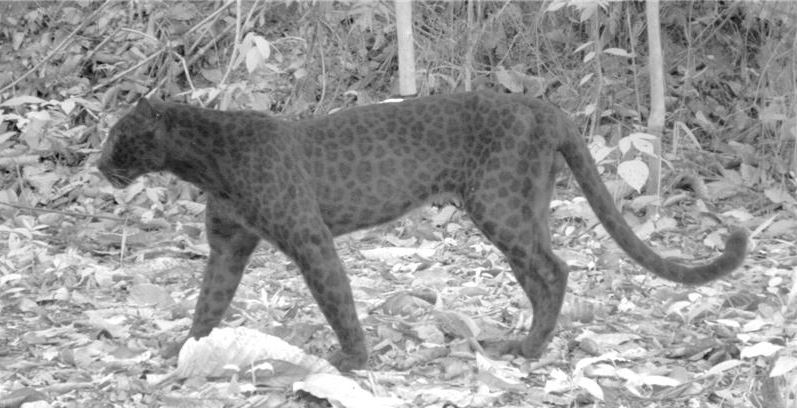 Mark Rayan Darmaraj, who manages a WWF-Malaysia tiger conservation project, said, “Because their uniformly black colour prevented us from identifying individual animals and thereby estimating their population sizes very little was known about leopards in Malaysia.”

The researchers tested the technique in the Kenyir wildlife corridor in north-eastern Peninsular Malaysia.

“We found we could accurately identify 94 percent of the animals. This will allow us to study and monitor this population over time, which is critical for its conservation,” said Laurie Hedges, who worked as a graduate student in the School of Geography at The University of Nottingham Malaysia Campus.