Think you're extreme? 12,000 years ago Ice Age Humans lived and worked at an altitude of almost 15,000 feet, high in the Peruvian Andes.

The sites in the Pucuncho Basin, located in the Southern Peruvian Andes, are the highest-altitude Pleistocene archaeological sites found to-date. The primary site, Cuncaicha is a rock shelter at 4,480 meters above sea level, with a stone-tool workshop below it. There is also a Pucuncho workshop site where stone tools were made at 4,355 meters above sea level.

Climatic conditions in both sites are harsh, with factors including low-oxygen, extreme cold and high levels of solar radiation making life in the region a challenge for any humans. And yet, the findings indicate that people were living in these high altitude zones for extended periods of time. Cuncaicha was occupied between 12,400 and 11,500 years ago while the Pucuncho workshop site dates to around 12,800 and 11,500 thousand years ago. 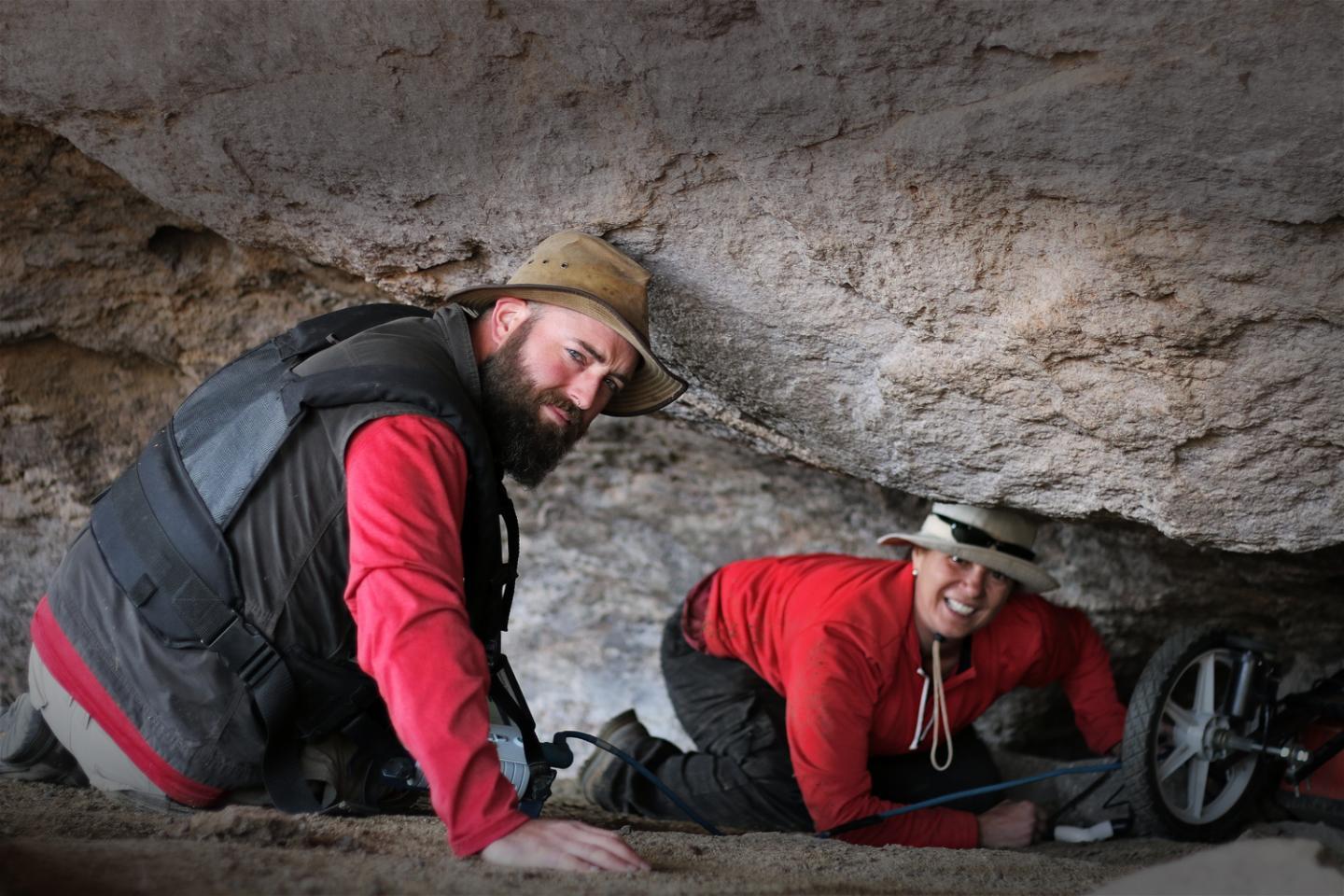 "We don't know if people were living there year round, but we strongly suspect they were not just going there to hunt for a few days, then leaving," says University of Calgary archaeologist Sonia Zarrillo, a co-author of the paper in Science. "There were possibly even families living at these sites, because we've found evidence of a whole range of activities."

Archaeological evidence found at Cuncaicha includes signs of habitation such as human skull fragments, animal remains and stone tools. "Hunters passing through an area will take the meat back to campsites and leave the carcass in the field," says Zarrillo. "In Cuncaicha we found remains representing whole animals, indicating they were living close to where the animals were killed. And the types of stone tools we've found are not only hunting tools but also scraping tools used for processing hides to make things like clothing, bags or blankets."

A popular scientific theory about high altitude colonization suggests that people cannot live in high altitudes until genetic adaptation occurs, like the sort we find in Andean people today. Andeans have genetically adapted to their high altitude environment, Zarrillo notes. Key differences in the Andean people include a higher metabolic rate, larger lung capacity and higher hemoglobin concentrations then the average person, all of which allow them to overcome a lack of oxygen.

"Was this adaptation present 12,400 years ago? We don't know for certain," says Zarrillo. "What we're demonstrating is that these people either already developed that adaptation, or, it was possible for them to live in these altitudes for extended periods of time regardless. Finding this out is one of the goals of our future research." Zarrillo believes that other sites in the region have the potential for further ground breaking revelations, in part because they're incredibly well preserved.

"Research really hasn't been done here up until now, because it's so remote," she says. "Our team hiked up to three or four hours to get to these sites. That was a climb, carrying all of our gear, camp equipment and food. And it freezes every night. Sometimes it snows. These are incredibly hard sites to access."