News Staff
Epilepsy is a neurological disorder that affects approximately two percent of the population.

Despite extensive research and breakthroughs, one-third of patients are resistant to currently available therapies. A team of researchers as discovered a new cause to explain the development of temporal lobe epilepsy and may lead to future treatments: At an early stage, astrocytes are uncoupled from each other.

This results in the extracellular accumulation of potassium ions and neurotransmitters, which cause hyperexcitability of the neurons. 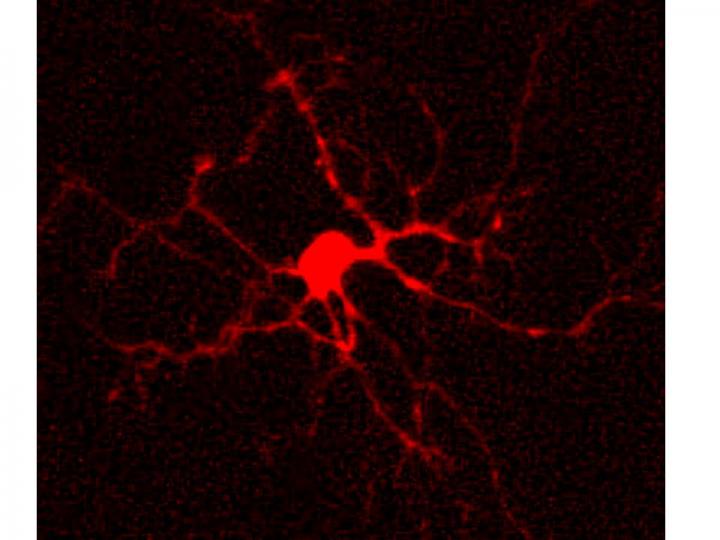 In the tissue of patients with temporal lobe epilepsy, the biocytin remains in the cell that was initially filled. It cannot spread to neighboring cells since the cells are uncoupled. Credit: Photo: Institute of Cellular Neurosciences/University of Bonn

"Despite intense research efforts, the causes of this disease are still largely unclear," says Prof. Dr. Christian Steinhäuser, Director of the Institute of Cellular Neurosciences of the University of Bonn. Approximately one-third of patients are therapy-resistant. "In some frequent forms such as temporal lobe epilepsy, this percentage is even significantly higher," says the researcher. For this reason, scientists are searching for new strategies in epilepsy research to develop new, more efficient therapeutic approaches.

Astrocytes: from "brain glue" to an important partner to neurons

One such new approach in the research into causes of epilepsy has now been found by a team working with Prof. Steinhäuser. Together with neurosurgeons from the University of Bonn Hospital as well as epilepsy specialists from the Freiburg University Hospital, the Institute of Cellular Neurosciences of the University of Bonn investigated the functional properties of astrocytes. These are nervous system cells which belong to the glial cells.

They were originally considered only to be "glue" holding the brain together, but in recent years, astrocytes have increasingly turned out to be an important partner to neurons.

"Epilepsy research is dominated by the assumption that altered properties of neurons cause epilepsy," says Prof. Steinhäuser. His working group has now demonstrated that malfunctions of glial cells play a crucial role in the development of epilepsy. Brain tissue removed from patients with temporal lobe epilepsy was observed by the researchers to be completely lacking in astrocytes.

"In this condition, no functional networks of coupled astrocytes can be formed," says first author Dr. Peter Bedner. Because astrocytic networks are missing, potassium ions and neurotransmitters, such as glutamate, which are important for signal transmission, can accumulate in this tissue. This leads to hyperexcitability of the affected neurons and ultimately to epileptic seizures.

Is the loss of astrocytic coupling the cause of epilepsy or is this merely a consequence of hyperexcitability? To be able to address this question, the scientists specifically developed a mouse model which recapitulates key characteristics of temporal lobe epilepsy in humans.

"In this model, we were able to demonstrate that during the development of epilepsy, the coupling between the astrocytes is lost very early, and changes in the neurons are observed only later on," reports Prof. Steinhäuser.

Uncoupling is reversible at an early stage

The scientists now hope that their results from basic research will enable the development of new therapies to treat temporal lobe epilepsy.