Chronic myeloid leukemia (CML) develops through chromosomal alterations in blood-forming cells of the bone marrow and usually occurs in older persons. Around 20 percent of adults diagnosed with leukemia suffer from this type of blood cancer.

The protein Gab2 works as an enhancer of cancer-causing signals and is often present in larger quantities in CML cells than in healthy cells. In two studies, Freiburg researchers have made new discoveries concerning the relationship between CML and Gab2 and drugs that can break a particular resistance to Gab2 in CML cells. The team,  including Dr. Gabriele Kröner, managing director of the José Carreras Leukemia Foundation, and Prof. Dr. Jörn Dengjel, Dr. Konrad Aumann, and Dr. Sebastian Halbach, published its findings in the journals Leukemia and Cell Communication and Signaling.

The protein Gab2 works like a multi-outlet power strip for proteins in a chain of signals: It can pass on a signal it receives to several enzymes at once and can also amplify the signal. When a large amount of Gab2 is present, it often develops cancer-causing properties. In CML cells, Gab2 amplifies the signal of the protein Bcr-Abl. This protein causes certain cells in the bone marrow and in the blood to grow uncontrollably, thus allowing the cancer to spread more rapidly. An approach often used in treating CML is to block the Bcr-Abl activity using tyrosine kinase inhibitors (TKIs).

Yet even when this targeted therapy is successful, it is not possible to kill off all of the diseased cells - particularly the leukemia stem cells in the bone marrow. Lifelong treatment is necessary to keep the disease under control. Many leukemias acquire a resistance to the TKIs used for the therapy over time, and the patient suffers a relapse. To make matters worse, there are also forms of primary resistance in which the leukemia cells react insufficiently to certain TKIs from the outset. The primary and acquired resistances are a major stumbling block in the treatment of CML that is still only poorly understood.

The Freiburg team demonstrated that the drugs sorafenib and axitinib, which are currently approved only for kidney and liver cancer, are effective in CML model systems as well. In experiments on cell cultures, both of these inhibitors succeeded in breaking various forms of the TKI resistance: including forms caused by additional mutations of the gene Bcr-Abl as well as those caused by large quantities of the protein Gab2. Hence, both of the drugs could serve as alternatives for treating CML - especially in patients who have developed a resistance to the medication they have been receiving so far. 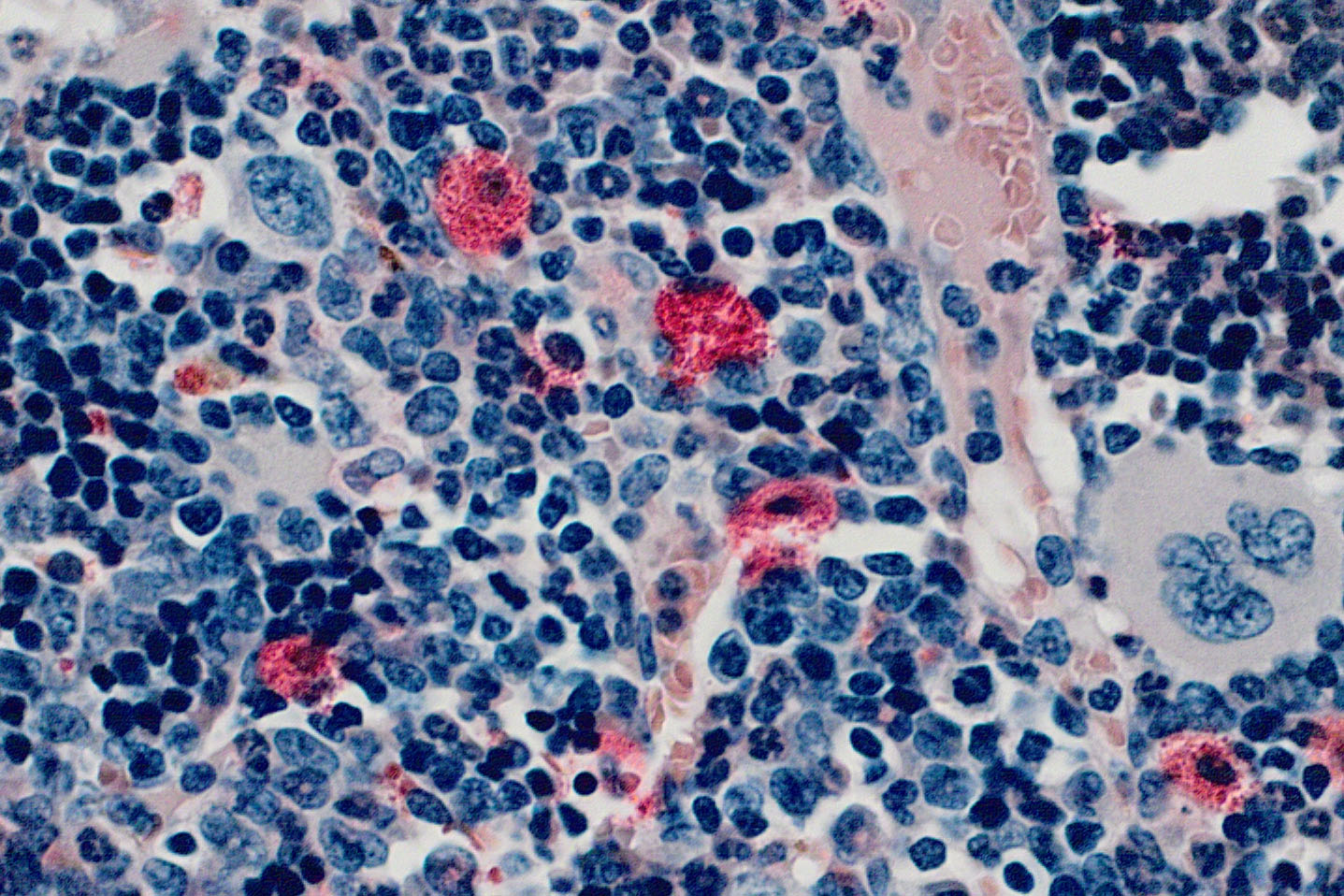 In addition, the researchers provided evidence that Gab2 plays an important part in the development and spread of CML. In a mouse model in which they simulated the development of CML by adding Bcr-Abl to the bone marrow, a shortage of Gab2 led to a clear weakening or even a lack of symptoms. This shows that Gab2 is crucial for the development and spread of the disease. In the future, doctors could thus use Gab2 as a biomarker and infer the course of the disease by measuring Gab2 levels. In addition, Gab2 could serve as a new therapeutic target in the treatment of CML.