News Staff
The fossils of 3.4-billion-year-old microbes that used sulfur compounds for energy have been found in rocks from Western Australia, reports a paper published in Nature Geoscience.

David Wacey, Martin Brasier and colleagues analyzed microstructures present in rocks from the Strelley Pool Formation in Western Australia, and determined that they were the fossils of ancient microbes. The fossils were associated with tiny crystals of pyrite, a mineral composed of iron and sulfur. The isotopic composition of the sulfur suggests that the pyrite was formed as a by-product of cellular metabolism based on sulphate and sulfur.

These microfossils are about 200 million years older than previously described microfossils from Palaeo-Archean environments.

The Archean period in the geological record, the first half of Earth's history, and its biosphere composition before the Great Oxidation Event, when life as we know it began to blossom, are of intense interest to researchers who seek to know how early microbial life forms evolved.  Sulfur isotopes remain one of the strongest bio-signatures for the early Archean. 2400 million years ago is usually taken to be the date of the Great Oxidation Event.

In terms of helping to understand the Archean biosphere, they say the links between cellular morphology, metabolic by-products and potential electron donors is further evidence of a  sulfur-based bacterial ecosystem. 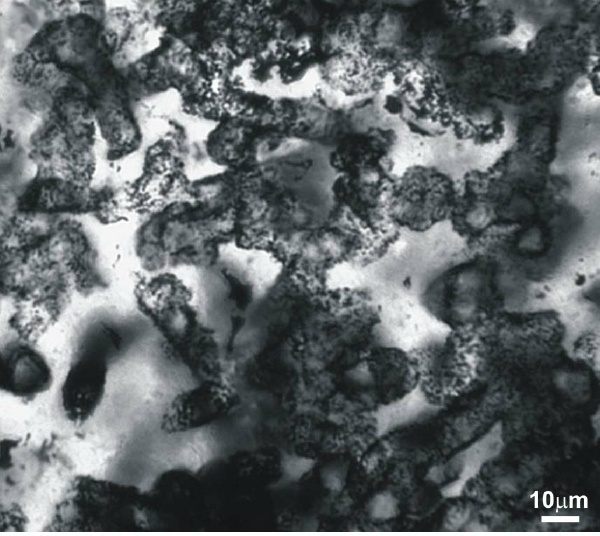 In this decade, the origin of life and perhaps the possibility of life elsewhere, is of intense research interest.  We asked the authors what it means in the context of astrobiology.

"Our evidence - of pyrite clasts in a well washed beach environment - is entirely consistent with the low oxygen hypothesis. The presence of sulfur metabolizing bacteria in direct association with these is consistent with this too, but they can abound within the pores of many modern beach sands, and this should not be taken too far.," said Brasier. "But fossilized sulfur bacteria at 3.4 billion does have interesting astrobiological implications. Sulfur bacteria today can thrive under conditions far from powerful sunlight. If there were redox boundaries, and sources of hydrogen sulfide - such as found around volcanic rocks - then they could flourish in quite remote locations.
"More importantly, if we are correct in our analysis, then we can now see that sulfur bacteria can leave both morphological and geochemical signals behind, provided we look in the right places for the evidence. The challenge is discovering just where to look. Sandstones may hold important clues for early life."

On competing hypotheses regarding the possible composition of the Earth's early biosphere, Wacey, the senior author, who works closely with sulfur isotopes, added, "Possibly the most widely cited evidence for a lack of free oxygen on the early Earth is the style of fractionation of the minor isotopes of sulfur D33S and D36S. The distinct change from large fractionations (before about 2400 Ma) to essentially zero fractionation (after about 2400 Ma) is taken to be the time when appreciable amounts of oxygen came about.

"There is lots of argument about this and much work is going on trying to refine this date back a bit towards maybe 2600 or 2700 Ma, but I think once you are back beyond 3000 Ma very few would argue for appreciable (and certainly not global) oxygen." 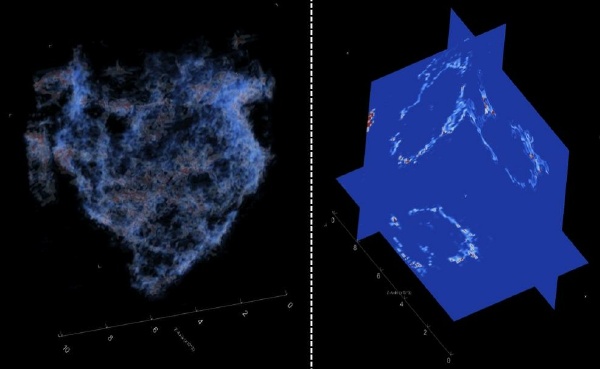