News Staff
A dramatic sea-level rise occurred at the onset of the first warm period of the last deglaciation, known as the Bølling warming, approximately 14,600 years ago. This event, referred to as Melt-Water Pulse 1A (MWP-1A), corresponds to a rapid collapse of massive ice sheets 14,600 years ago and resulted in global sea-level rise of ~14 m.

The Tahiti Sea-Level Expedition 310 of the Integrated Ocean Drilling Program (IODP) was carried out in 2005 by the European Consortium for Ocean Research Drilling (ECORD) and the ECORD Science Operator (ESO) on behalf of IODP.

Using uranium-thorium(U-th) dating of coral samples obtained from cores drilled in the Tahiti coral reefs, the researchers were able to reconstruct sea-level rise over the last deglaciation because coral is extremely sensitive to sea-level changes and fossilized corals are therefore an excellent indicator for sea-level changes over time.

They found that most of the melting water that contributed to MWP-1A was sourced from the Antarctic ice sheet, highlighting dynamical behaviour of this ice sheet in the past. The authors note that further research is needed using cored fossilized corals to better understand the sequence of events related to ice sheet collapse during the last deglaciation. Today, half of world's population, approximately 3.2 billion people, lives within 200 km of coastline, and a tenth of the population lives less than 10 meters above sea level. 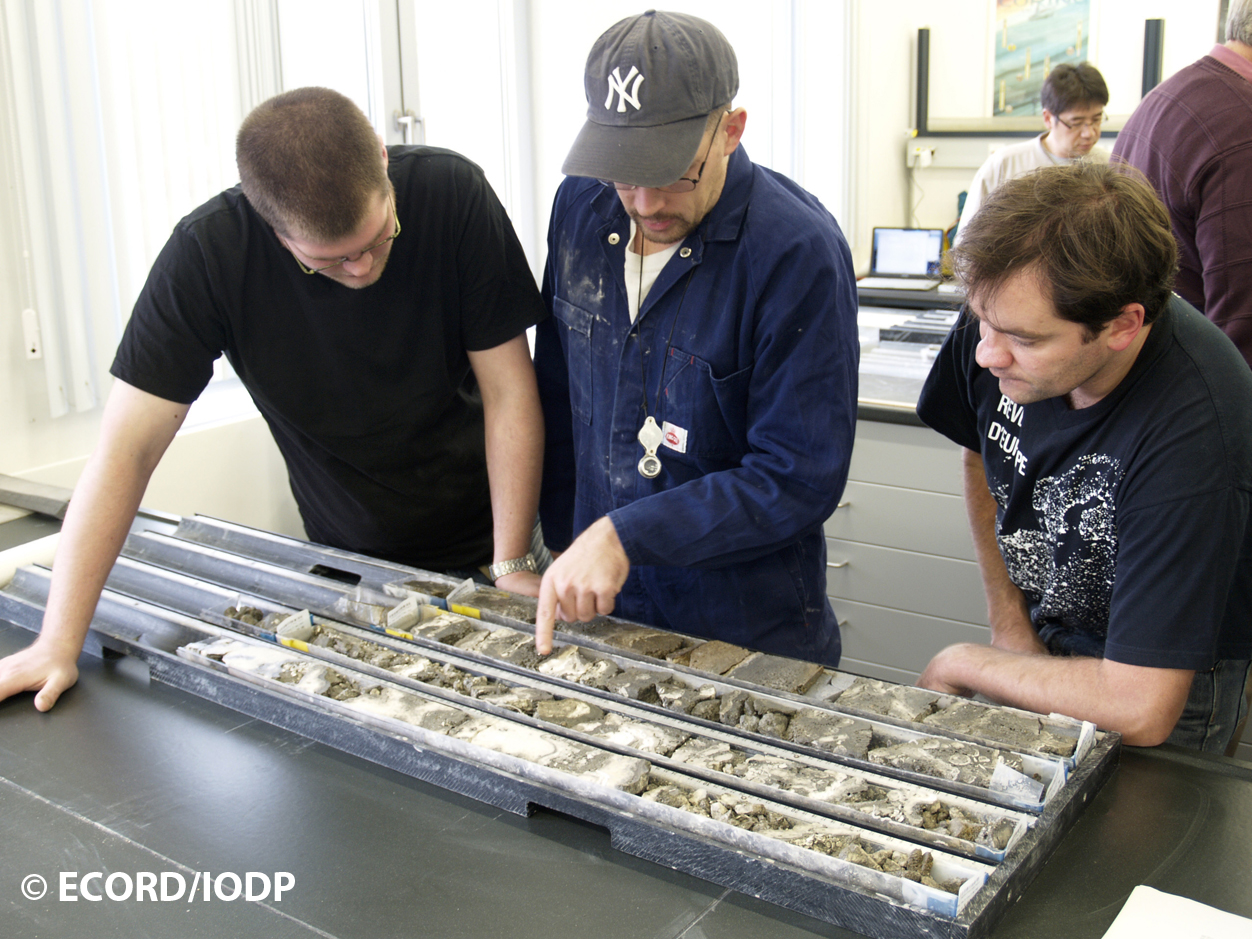 Don't let the Yankees cap detract from the quality of the study.

"Corals are outstanding archives to reconstruct past sea-level changes as they can be dated to within plus or minus 30 years stretching back thousands of years. Moreover, Tahitian reefs are ideally located to reconstruct the deglacial sea-level rise and to constrain short-term events that are thought to have punctuated the period between the Last Glacial Maximum and the present days. Tahiti is located at a sufficiently considerable distance from the major former ice sheets to give us close to the average of sea levels across the globe, as a non-volcanic island it is also subsiding into the ocean at a steady pace that we can easily adjust for."  said Pierre Deschamps of CEREGE (UMR Aix-Marseille Univ. - CNRS - IRD - College de France), first author of the study.  "Insights into past sea-level changes may help to better constrain future changes. Our work sheds light onto an extreme event of rise in global sea levels in which ice-sheet collapse coincided with a rapid warming. Whether the freshwater pulse was a result of an already warming word or helped to warm the climate is currently unclear. However, our finding will help scientists currently modeling future climate change scenarios to factor in the dynamic behaviour of major ice sheets and finally to provide more reliable predictions of ice sheet responses to a warming climate".

The dynamics of sea-level change in response to massive water discharge - and if that will even happen - contains a lot of unknowns.  IODP Expedition 310 helped international scientists shed light on one of the most important climate event of the last deglaciation, the MWP-1A event.