News Staff
When a crystal lattice is excited by a laser pulse, waves of jostling atoms can travel through the material at about 28,000 miles/second, close to one sixth the speed of light.

Now researchers can take movies of such superfast movement.

STAMP - Sequentially Timed All-optical Mapping Photography -  is a new high-speed camera that can record events at a rate of more than 1-trillion-frames-per-second, 1000X faster than conventional high-speed cameras. 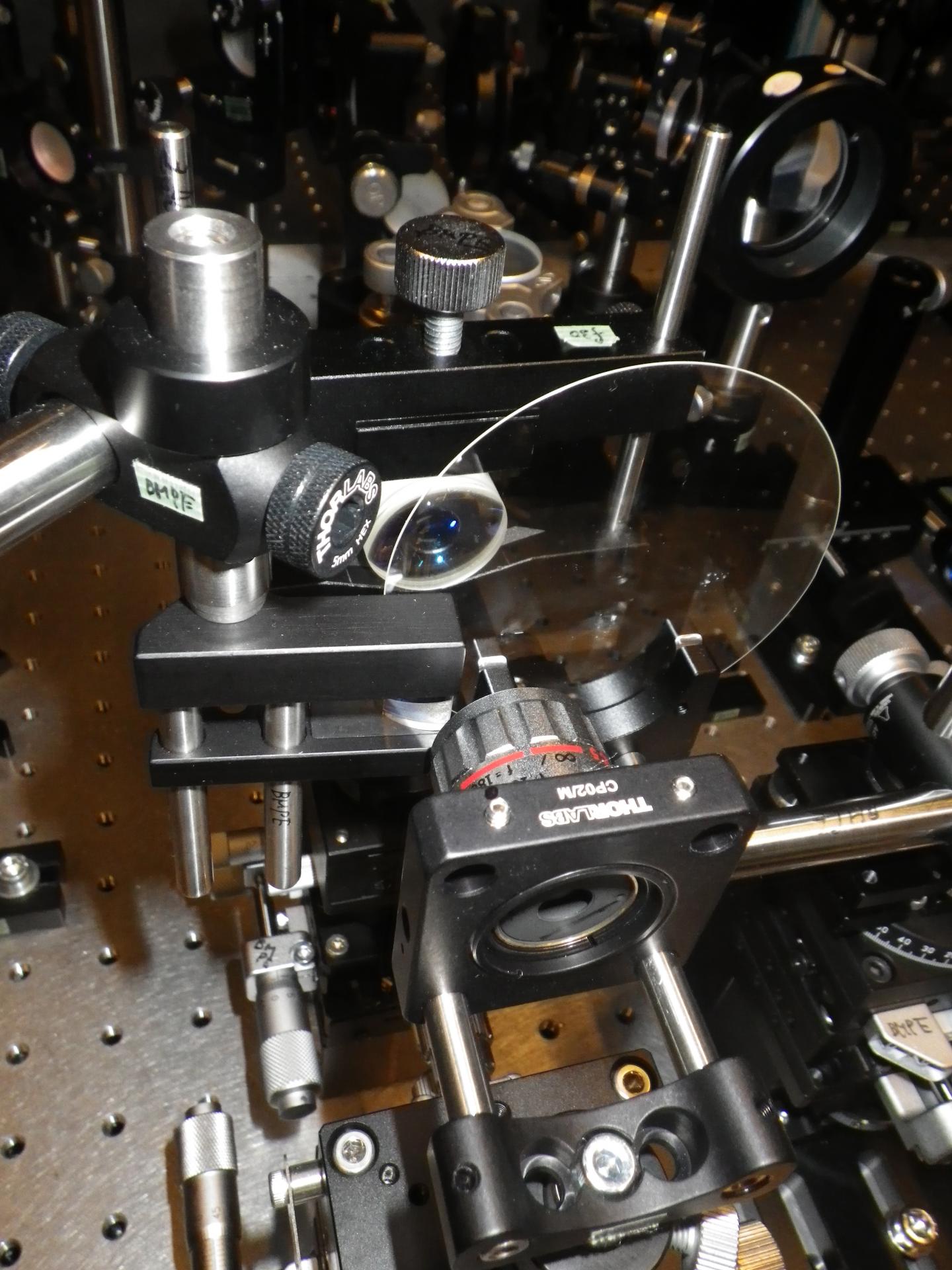 Credit: Keiichi Nakagawa, University of Tokyo
STAMP relies on a property of light called dispersion that can be observed in the way a misty sky splits sunshine into a rainbow of colors. Similarly, STAMP splits an ultrashort pulse of light into a barrage of different colored flashes that hit the imaged object in rapid-fire succession. Each separate color flash can then be analyzed to string together a moving picture of what the object looked like over the time it took the dispersed light pulse to travel through the device.

In the first iteration of STAMP, which the team described in a paper published in Nature Photonics in August 2014, the number of frames that the camera could take in a single shot was limited to six. Currently, the team is constructing an improved STAMP system that can acquire 25 sequential images. Nakagawa believes the number of frames could eventually be increased to 100 with current technology.