News Staff
Evolutionary biology long ago solved the philosophical conundrum 'what came first, the chicken or the egg?' by showing that eggs came long before chickens.

But more relevant to evolution is the 'mother' molecule that led to the formation of life. What is it and how did it replicate itself?

RNA may be the answer to the first question, because it has more flexibility in how it recognizes itself than previously believed. The finding might change how we picture the first chemical steps towards replication and life.

Today, plants, animals and other organisms reproduce by making copies of their DNA with the help of enzymes and then passing the copies onto the next generation. This is possible because genetic material is made of building blocks -- or bases A, T, U, G and C -- that pair up in a specific way. A pairs with T (or U in RNA), and G pairs with C. This rule is called Watson-Crick base pairing, named after the scientists who were credited with solving DNA's structure. But before life as we know it existed, some molecule had to replicate without any help at all.

RNA is a likely suspect for this go-it-alone first status because it is simultaneously capable of specific base-pairing like DNA, and catalyzing reactions, like an enzyme. Thus, Jack Szostak and colleagues wanted to investigate how RNA matches up with free nucleotides to see whether its base-pairing methods would allow RNA to copy itself without any outside aid. 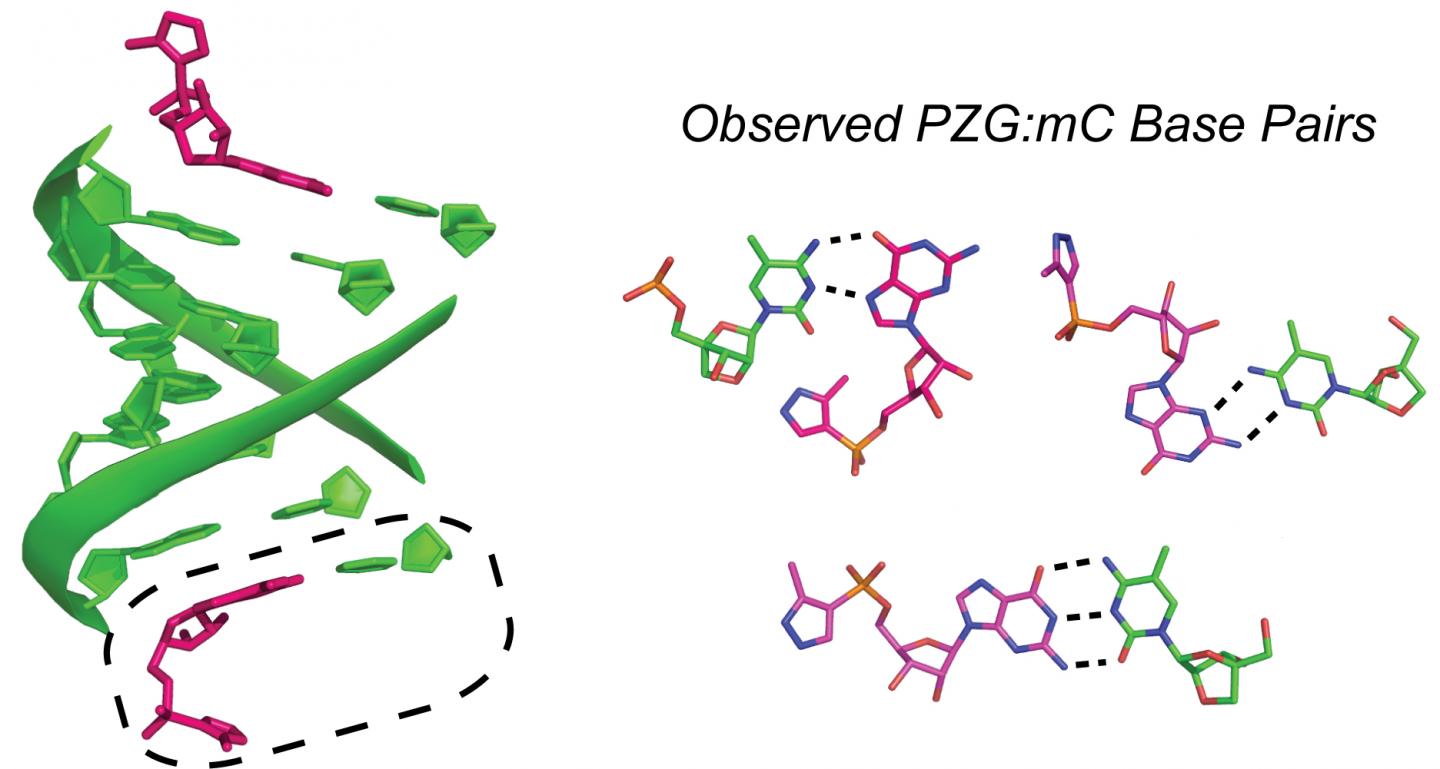 They monitored how an analogue of a free nucleotide interacted with a short piece of RNA using the classic method of X-ray crystallography -- the same technique used more than fifty years ago in the original discovery of DNA's 3-D structure. In addition to forming the expected canonical Watson-Crick pairs, the RNA bonded with the analogue in other less frequently observed ways. Under prebiotic conditions, these unexpected non-Watson-Crick pairings might have caused dead-ends to replication. Thus, the results suggest that the first steps toward life required more trial and error than previously thought.
News Articles
More Articles All Articles
About