A new study has found that lungs become more inflammatory with age and that ibuprofen can lower that inflammation - and the difference can be dramatic.

"Very few researchers have linked inflammation to infectious disease in old age, even though TB in particular will drive that inflammation even further," said Joanne Turner, associate professor of microbial infection and immunity at Ohio State and senior author of the study.

"The inflammation-associated changes that we saw in the lung were a small finding, but an important finding because the implications are great," Turner said. "We should be able to modify the environment in the lung. If we can reverse the inflammatory environment in a very straightforward way, that is a positive."

Most previous research establishing inflammation's links to aging and disease has tested blood for elevated proteins that signal an inflammatory environment. These researchers found the same proteins in the lungs of old mice. Research has already established that the inevitable inflammation that comes with aging is linked to such conditions as Type 2 diabetes and heart disease.

Though this line of work might someday support the use of ibuprofen as an adjunct therapy for elderly people with TB, Turner emphasized that she and colleagues are not recommending use of the drug for the purposes of lowering inflammation.

"You can actually reduce your inflammation as you age by being lean, eating well and exercising. And we know that in the elderly, people who are fitter live longer," she said. "Inflammation is associated with sickness and frailty." 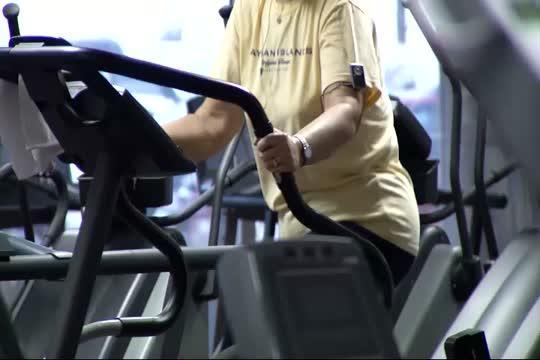 Though the research was conducted in mice, Turner co-led a previous study indicating that both mouse and human lungs develop the same profile of pro-inflammatory proteins and fatty molecules with age, creating an environment that impairs the immune response to infection.

"The elderly are most likely to die of TB. They get sicker. They're not the biggest population that gets infected with TB, but they can develop the worst cases," said Turner, also an associate director of Ohio State's Center for Microbial Interface Biology (CMIB).

In this new study, the researchers compared lung cells from old and young mice and found that in the old mice, genes that make three classic pro-inflammatory proteins, called cytokines, were more active in the lungs of old mice. The cytokines are interleukin-1 (IL-1), interleukin-6 (IL-6) and tumor necrosis factor-alpha (TNF-a). In addition, immune system cells called macrophages in the lungs from old mice were in an advanced state of readiness to fight an infection – a status that signals inflammation. Macrophages in young mouse lungs were in a normal, resting state.

In test tubes, the scientists exposed mouse lung macrophages to TB bacteria. The macrophages from old mouse lungs were quicker to absorb the bacteria than were immune cells from young mice, but that initial robust immune response from the cells of old mice could not be sustained.

"A primed macrophage in an old mouse has lots of receptors on its surface that can bind to TB, taking it up and trying to kill it. But what it lacks is the ability to increase the response further," Turner said. "A resting macrophage in a young mouse takes up TB and then can be activated to do something even more effective at killing the bacteria."

Though some elements of the elderly response to TB remain a mystery, this finding suggested that the inflammation in the lungs of elderly mice had the direct effect of reducing the long-term effectiveness of their immune response to TB infection, Turner said.

Old mice in the study were 18 months old – equivalent to about 65 in human years – and young mice were 3 months old, a similar age to human young adults.

The researchers gave old and young mice ibuprofen in their food for two weeks and then examined their lung cells. After this diet modification, several pro-inflammatory cytokines in the lungs of old mice had been reduced to levels identical to those in the lungs of young mice, and the macrophages in old mouse lungs were no longer in a primed state.

"There's a trend toward reduced inflammation. Essentially, ibuprofen made the lungs of old mice look young. Putting young mice on ibuprofen had no effect because they had no lung inflammation, which implies the ibuprofen reduced the inflammation and changed the immune response in the old mice," Turner said.

"It might be that ibuprofen works on specific pathways to lower inflammation, and that might help with control of TB."

Turner and colleagues have extended the work to test whether ibuprofen affects the elderly mouse immune response to TB infection.