The determination will be effective upon publication of the Federal Register notice announcing the decision on September 2, 2015, they wrote.

The Final Environmental Assessment, the Final Plant Pest Risk Assessment and the Finding of No Significant Impact (FONSI) are all available here. 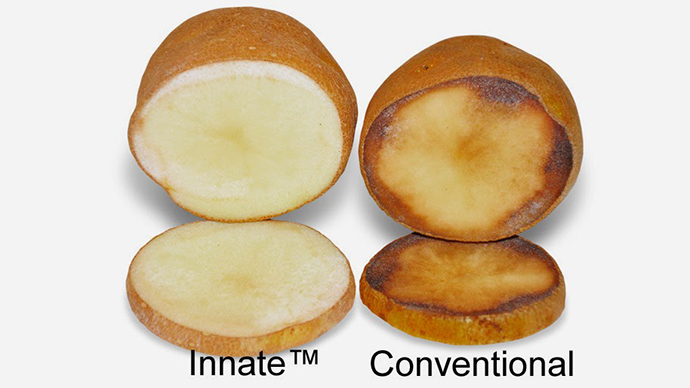 Simplot used the techniques of modern biotechnology to accelerate the traditional breeding process and introduce new traits by triggering the potato’s own RNA interference (RNAi) pathway. RNAi is a natural cellular process commonly used by plants and animals to modulate expression of certain genes, and has been used effectively in multiple commercial crops sold over the last decade.

“Unlike traditional methods of breeding which introduce random mutations associated with dozens of genes, the method used to develop Innate potatoes is precise,” said said David S. Douches, Ph.D. at the Department of Crop and Soil Sciences at Michigan State University who has implemented field trials of Innate.
News Articles
More Articles All Articles
About