As part of a periodic review, the National Health and Medical Research Council (NHMRC) is calling for public submissions on its draft guidelines on the use of assisted reproductive technology in clinical practice and research. This, in lay terms, is the practice of in vitro fertilisation (IVF).

Producing guidelines to advise the community on ethical issues relating to health is one of the NHMRC’s many tasks. Revisions aim to reflect changes in technology and social attitudes and are based on advice from the Australian Health Ethics Committee (AHEC), which I chair.

The suggested change to the ethical guidelines that’s getting most attention is the question of whether parents should be able to select the sex of their child when there’s no compelling medical reason for doing so. 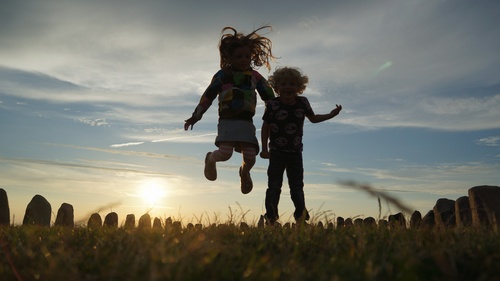 When the NHMRC first introduced the ethical guidelines for assisted reproductive technology in 1996, the technology was new and community attitudes were still developing. Not only has technology changed considerably since, IVF is now routine practice, and the public is much more aware of related issues.

Since the last revision of the guidelines in 2007, for instance, technology has allowed for eggs to be frozen and defrosted for use, as sperm and embryos could already be. This has raised the possibility of having egg banks, akin to sperm banks, and the draft guidelines are also seeking comment on whether women should be compensated for the invasive procedure of donating their eggs.

The initial public consultation on existing guidelines in 2014, which sought, among other things, to identify gaps in the guidance, received mixed comments relating to sex selection. Some supported allowing sex selection for non-medical reasons while others wished to maintain the current guidance.

The committee is aware that some Australians are pursuing sex selection in overseas clinics. And because not all international clinics have the same standard of care that exists in Australia, this could be risky for both the woman and her child.

Although fertility and reproduction are often seen as personal matters, they have wider implications. Many issues around IVF have social and political implications, such as relationships within families where parents aren’t the biological parents and priorities for health-care resources, in addition to ethical considerations.

It’s important to note that no decision about allowing sex selection in IVF has been made yet. We’re seeking community input, which we’ll take into account, along with ethical and practical considerations, before any changes are made.

This is not a simple all-or-nothing decision, as selecting the sex of your child is already allowed for certain sex-specific medical conditions. It’s allowed for haemophilia, for instance, where the son of an unaffected woman has a 50% chance of inheriting the illness (it’s very rare for girls to inherit haemophilia).

It’s now a matter of determining whether non-medical reasons for selecting the sex of your child are considered acceptable and, if so, where the line should be drawn. 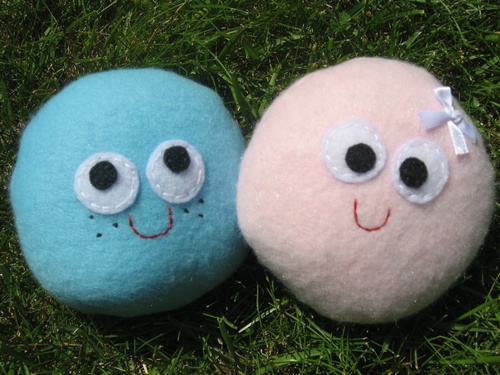 One common reason for wanting to choose the sex of a child is ‘family balancing’. Jacki Gallagher/Flickr, CC BY-NC

One argument against allowing sex selection for non-medical reasons is that it may be the thin edge of the wedge towards being able to select for other characteristics, such as height or intelligence.

Aside from such choices not yet being medically possible, the slippery slope argument may falter because there’s no natural progression between approving non-medical sex selection and approving being able to select other characteristics. Sex selection is a discrete choice around which a definite boundary can be drawn.

The committee has provided case studies to help the community explore the complexities of the issue. One common reason for wanting to choose the sex of a child, for instance, is “family balancing”. Parents who have several children of the same sex may want to choose the opposite sex for their next child.

Although this is often presented as a choice of parents, the child’s interests also have to be considered. Will they meet their parent’s gender expectations, and should they have to? Similar questions arise when parents seek to “replace” children who have died.

Other case studies explore whether cultural reasons for wanting to select the sex of a child are appropriate. And whether we should allow medical reasons for sex selection where a disease is not sex-specific but there’s a slight prevalence imbalance between the sexes. Couples who have an autistic child, for instance, somewhat reduce their chances of having a second autistic offspring by having a girl because the condition is less common in that sex.

Another case explores whether there could be adverse psychological consequences for a child who is told that her parents selected her sex. Australia has quite strict requirements about allowing donor-conceived children to discover who their unknown parent is, but countries that allow non-medical sex selection don’t necessarily have similar regulations.

And if sex selection is eventually allowed, where should we draw the boundary? In Israel, for instance, couples can apply to the government to be considered for sex selection after having four children of the same sex. Would two or three kids of the same sex be thought enough in Australia?

Although IVF providers cannot practise without national accreditation, which depends on their agreement to follow NHMRC guidelines, state and territory-based legislation also governs what they’re allowed to do.

Sex selection for non-medical reasons, such as gender balancing, is prohibited by law in New South Wales, Victoria, South Australia and Western Australia. And it would still be disallowed if the guidelines were changed, unless local laws are amended.

Although Australians travel to countries where sex selection is allowed, Australia’s current position is by no means out of step internationally. Sex selection for non-medical purposes is illegal in four states of America, in Europe, New Zealand and in parts of Asia.

Finally, there’s the question of whether sex selection for non-medical purposes is a good use of medical resources. With all the other demands on the medical system to treat disease and restore wellness, we need to decide as a community what priority should be given to funding the ability of couples to choose the sex of their children when there’s no compelling medical reason to do so.

Read an argument against allowing sex selection for IVF.

Ian Olver, Director, Sansom Institute for Health Research; Chair of Translational Cancer Research, University of South Australia. This article is republished from The Conversation under a Creative Commons license. Read the original article.