Males rule in most of the animal world. But when it comes to conventional gender roles, lemurs -- distant primate cousins of ours -- buck the trend. Lemur girls behave more like boys, thanks to a little testosterone.

Most female mammals that get their way over males are well-armed to be the bullies - dominant female spotted hyenas are bigger and heavier than males - but female lemurs are no bigger than males, and they don't have antlers or bigger fangs to give them a physical edge over their mates. Yet they still bite mates, snatch fruit from their hands, whack them in the head or shove them out of prime sleeping spots, all of which is a no-no in the human world. Females also mark their territories with distinctive scents just as often as the males do. Males can't take their share of a meal until the females have had their fill.

The answer may be in hormones. 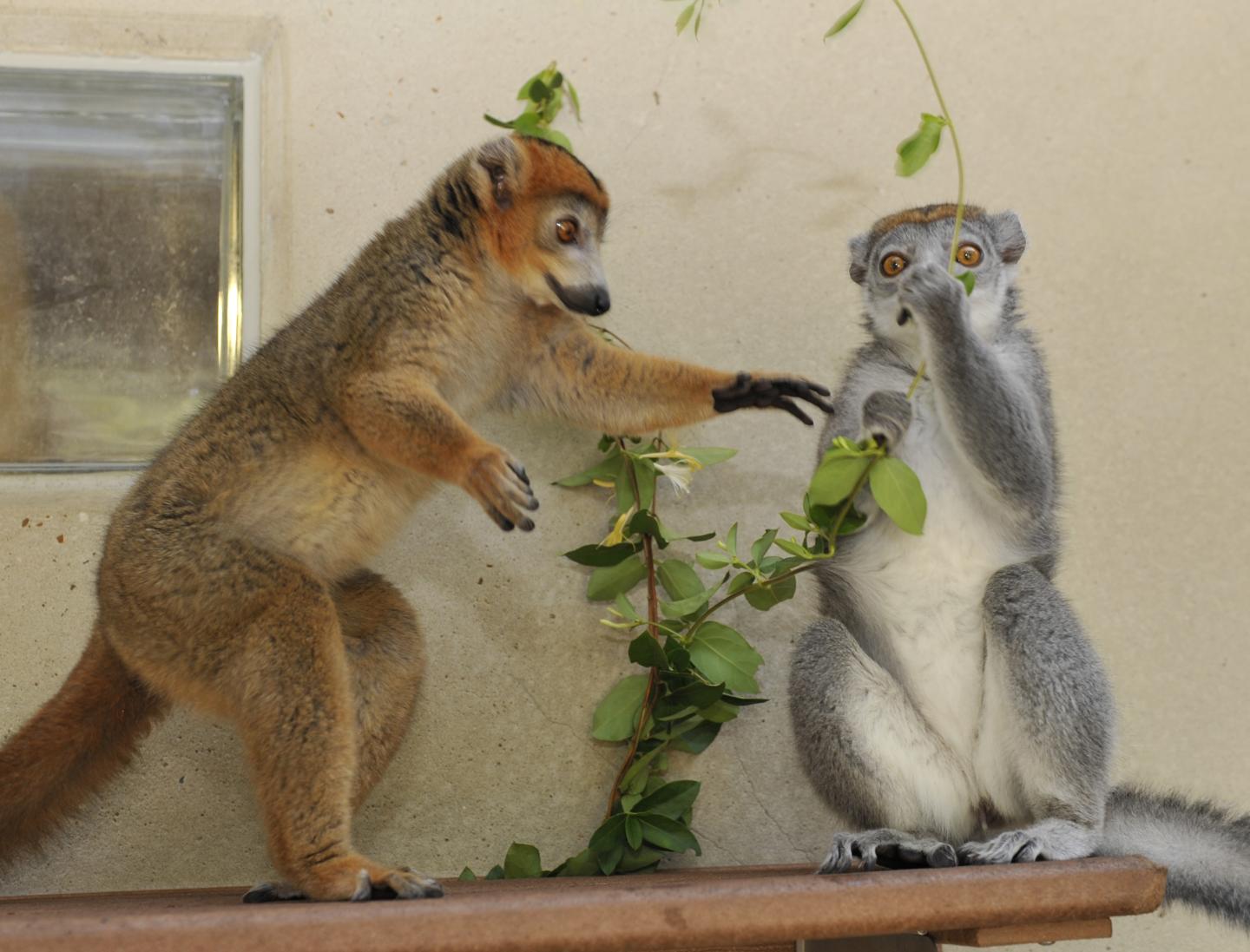 In many of the more than 100 recognized species of lemurs, females run the show. Here, a crowned lemur female hogs a sprig of honeysuckle from her mate. Credit: David Haring, Duke Lemur Center

Joseph Petty, most recently a doctoral student at Duke University, and professor of evolutionary anthropology Christine Drea examined behavior and hormone profiles in nearly 30 animals representing six closely-related species in the genus Eulemur. In four of the species, females are at the top of the pecking order, and in the other two species the sexes have equal status.

The dominant females had significantly higher male hormone levels than the females from the two more egalitarian species.

Lemurs and lorises split off from the rest of the primate family tree more than 60 million years ago, but the two species of egalitarian lemurs didn't evolve until much more recently, within the last 2 million years.

It could be that females are more sensitive to the effects of testosterone than males, stimulating aggressive behavior even though males still have more of the hormone, Petty said.