Female American athletes get less coverage in the media due to gender bias and instead what attention they get focuses more on attire, or how attractive, sexy or ladylike they are, write Emily Kaskan and Ivy Ho of the University of Massachusetts Lowell in Sex Roles, an interdisciplinary behavioral science journal offering a feminist perspective.

Kaskan and Ho looked at how pervasive small subtle biases and stereotyping of American female athletes are and what types of "microaggression" exist, examining how they put pressure on athletes and other women, as well. They reviewed popular Internet articles and research from the Psychinfo database, using keywords such as 'sexism,' 'sports media,' 'Serena Williams' and 'Olympic coverage.'

They conclude that media often portray female athletes as inferior to their male counterparts and are dismissive of their true abilities. The little coverage received often sexually objectifies female athletes by putting the spotlight on their looks and strength. On the other hand, the media is quick to recoil at women who do not fit into the traditional feminine mold. 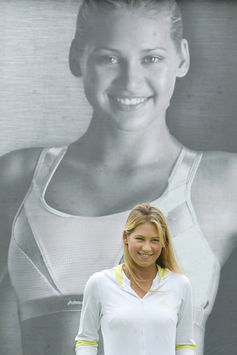 Is that an accurate characterization? Russian tennis star Anna Kournikova certainly got far more attention than her athletic prowess deserved, but so has Michael Sam. He is somehow among GQ's 2014 “Men of the Year” despite the fact that he was barely drafted by an NFL team, and the only is because hs is gay. A journal devoted to promoting the perspectives of heterosexual men could argue that the media was giving him special attention due to that.

Outside culture studies and sociology, there is no credible acceptance of gender-based microaggressions so the authors invoke racial discrimination. Kaskan and Ho argue that subtle biases that place cumulative stress on female athletes influence how they think about themselves and their abilities.

Yes, Ronda Rousey must not know she can obliterate 99.9% of men just by glaring at them due to subtle microaggression on ESPN. In real life, she absolutely does know that, and she is arguably the most famous name in mixed martial arts - the most male of male sports - yet she knows she can look like this any time she wants too:

That's not a problem for athletic women, it's a gigantic victory.

Regardless, the authors believe that prolonged psychological stress can even trigger changes in their hormonal, immune and cardiovascular systems, and make athletes vulnerable to, among others, heart disease and hypertension. This, in turn, can influence a professional athlete's livelihood when she loses her place in a team because of her stress levels, impaired focus or poor health.

The influence of subtle stereotyping goes beyond the athletics track. Kaskan and Ho hold that these messages suggest to other women that their athleticism is unattractive, their physical appearance is more important than skill, and that their ability is inherently inferior to that of men. This could even influence the self-esteem, body image and physical health of women who have little to no interest in athletics. For example, some may steer clear of weight training for fear of bulking up and becoming unattractive, even though this exercise helps strengthen their bones and wards off osteoporosis, diabetes, heart disease and depression.

"Biases against women in sports are harmful not just to athletes, but to all women, because they can influence women's decisions on what types of physical fitness activities to participate in," asserts Kaskan.

"Because female athletes often occupy other marginalized identities besides gender, more research is needed to understand how these multiple identities intersect with regard to experience of micro-aggression," adds Ho.