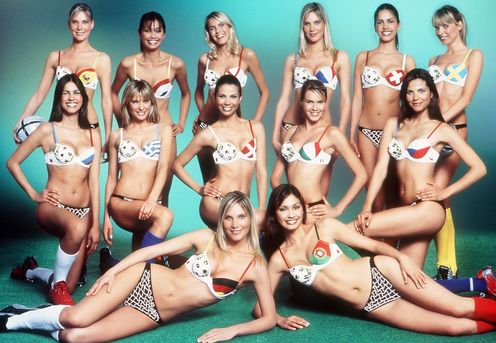 Bras have come a long way in 100 years. Credit: EPA/HO

By Deirdre McGhee, University of Wollongong

This year marks the 100-year anniversary of the first bra patent.

Amazingly for the time – 1914 – it was made by a woman in her twenties, Mary (Polly) Phelps Jacob (nee Crosby).

Polly made her bra initially from two handkerchiefs and some ribbon with the intent to show off her substantial cleavage in a sheer evening gown that had a plunging neckline. The handkerchiefs formed the bra cups and the ribbons formed the straps.

Polly’s young breasts looked so appealing in this “lightweight, soft and comfortable bra, that naturally separating the breasts” that all that all her friends wanted one. It was a big improvement from the heavy, stiff, uncomfortable corsets that created a mono-bosom, which women of the day were all wearing.

Polly started making bras for her friends, selling the first for one dollar. This expanded to a two-woman factory, the Fashion Form Brassiere Company in Boston and the first bra patent called: “the backless brassiere” (see below). The company made a few hundred bras and secured orders from department stores, but the business never really took. Polly was persuaded by her husband to close the company and sell the patent, which was bought by The Warner Brother Corset Company for US $1,500 (equivalent to US $21,000 in current money).

Warner Brothers went on to make more than US $15 million from it over the next 30 years.

Until the 1970s, bras functioned purely for aesthetics, to improve the look of a woman’s breasts under her clothing. The Women’s Liberation Movement of the 1960/70s in America was a catalyst for bra development, despite the stories that the same feminists were burning their bras. The amendment led to increased the involvement of women in sport, which led to the need for increased breast support and the birth of the sports bra.

It is ironic that one of the first sports bras was made from two jockstraps, especially considering the difference in the average size of a breast compared to the average testicle!

Two women, graduate students who were frustrated with poor support during sport, designed the jock-strap bra. Sports bra has come a long way since the 1970s, with the science of biomechanics key in their development.

Surprisingly, breast pain during exercise was reported to be problem. This led her to further investigate breast discomfort during sport and to measure, for the first time, breast movement during running using high speed film.

She found that the breasts moved in a sinusoidal (wave-like) pattern and that breast movement was associated with breast discomfort during exercise. Her research, together with later American female researchers, such as LaJean Lawson, who performed “road-tests” of the early sports bras in terms of breast movement, and breast and bra discomfort, contributed significantly to the development of sports bras and the notion that they should limit breast movement.

The future of breast support

Bras have come a long way in 100 years, but what is the current status of breast support?

Two of the biggest problems now are bra fit and increasing breast size. In order for a bra to support the breasts sufficiently, it must also fit correctly. The best bras on the market will not limit breast movement if they are either too big or too small.

Unfortunately, 85% of Australian women are wearing the wrong size bra. So why are women so bad at this? Some of the issues are: My colleagues and I at Breast Research Australia are aiming to solve these problems by educating women through our free app Sports Bra which is the only app in the world that contains evidence-based information to help women choose a well-fitted, supportive sports bra that suits their exercise needs.

We are also conducting research that is investigating the true shape and size of the breasts and torsos of Australia women to improve the bra sizing system.

The other current issue in breast support is the increasing breast size of women.

Larger breasts require greater support from a bra. Over the past 10 years, the average bra size has increased from a 12B to a 14C and 25% of bras sold are now a D cup or larger.

So it looks like over the next 100 years, bras will definitely be bigger, hopefully they will fit better and, with the development of intelligent fabrics, they may function very differently.

Lets hope it is an area where women will still lead the way!