A growing number of consumers are willing to pay a premium for fruits, vegetables and other foods labeled "organic", but whether they're getting what the label claims is another matter.

For over a decade it has been known that since there is no surprise spot testing of farms, and very little on imported food at all, organic labels may be meaningless. A few years ago, 25 percent of the organic food bought from Whole Foods stores was found to be conventional.

Like "Kosher" or "Extra Virgin" olive oil, the label is really only meaningful if you choose to believe it, but scientists are devising a new way to make sure people are at least getting the label they are buying - and that farms are no longer able to just purchase a sticker and overcharge for the same food. 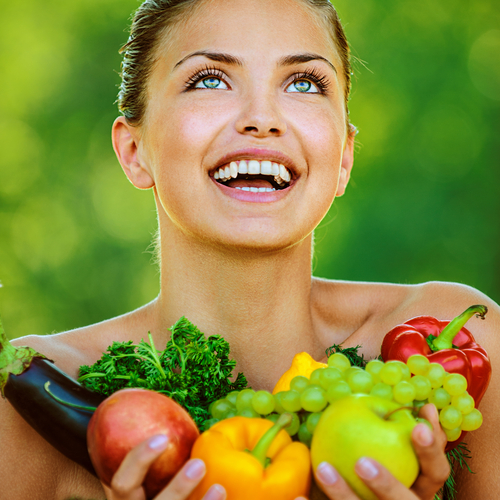 Researchers from the Bavarian Health and Food Safety Authority and Wuerzburg University note that the demand for organic food is growing at a rapid clip. Its global market value nearly tripled between 2002 and 2011, when it reached $62.8 billion. But because organic food is often twice as expensive as traditional food, fraudulent labeling has grown just as fast.

The definition of organic is different in different countries. In the USA there are dozens of synthetic ingredients allowed and standards are just as arbitrary in other countries. But figuring out whether a fruit or vegetable was grown under organic conditions is fraught with complications. Currently, the most reliable authentication technique analyzes the stable isotope composition of nitrogen, but it is not fool-proof. Monika Hohmann and her colleagues decided to take a stab at developing a new method.

They looked to nuclear magnetic resonance spectroscopy, which has already been used to authenticate other foods, including honey and olive oil. They analyzed tomatoes grown in greenhouses and outdoors, with conventional or organic fertilizers. Their data showed a trend toward differentiation of organic and conventional produce and conclude that the test is a good starting point for the authentication of organically produced tomatoes, and its further refinement could help root out fraudulently labeled foods.

The standards for organic will still be randomly chosen but NMR could at least be tailored for whatever the local preferences are. In the USA, the Food and Drug Administration is taking away the ability of organic corporations to define their products and that should also lead to guidelines more consistent with other nations.

Published in the Journal of Agricultural and Food Chemistry. Source: American Chemical Society
News Articles
More Articles All Articles
About