News Staff
Norwegian women who choose to have children often say goodbye to their careers. Men, on the other hand, tarry on. Norway has, since the 1800s, come a long way towards a more egalitarian society, but when a child enters the relationship between a woman and a man the consequences for the woman are different to those for the man, according to the thesis of Eirin Pedersen at the Department of Sociology and Human Geography at University of Oslo.

"There is equality since both men and women work, but we see that men take on the main responsibility for providing for the family, while women take the greatest caring role," says Pedersen, who has examined men and women's attitudes to childcare and work. She interviewed 90 women and men in the cities of Trondheim and Oslo, some with children and some childless. She determined that although women and men have the same rights in society, births create a shift in duties in the home, and it is women who make the adjustment to the new demands. 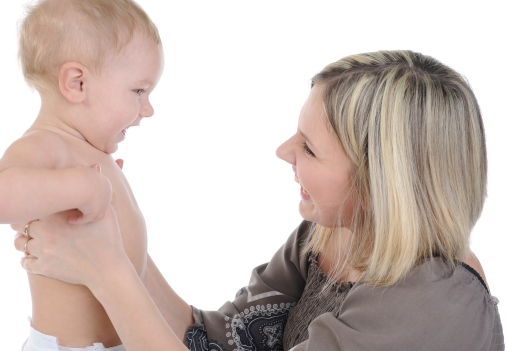 "Among both the working class and the upper middle class people talked about how it might be necessary to change jobs after they had children. It was mostly women, however, and not men who were considering this," says Pedersen. By working class she means people with little education beyond upper secondary school. “Upper middle class” is used for people who have studied and gone into professional careers with high social status, such as doctors or architects.
"Many working class women worked shifts, which they had to stop when they had children. Some also chose to move to part-time work, to become more flexible."

Upper middle class women mostly had flexible hours already, but the demands were no less.

"These expectations and demands were tiring. Several of these women therefore chose to replace interesting jobs but with undefined boundaries with work with more limited hours. They changed jobs either right before or right after they became parents."

The workplace is lagging behind

Previous sociological papers have indicated that cohabitants without children have an equal distribution of tasks at home but when couples have children a large amount of the domestic work is redistributed to the woman. According to Pedersen, the shift is related to labor market dynamics. The Norwegian welfare state makes good provision for family lives, the combination of children and work is still an individual responsibility.

"None of the women said that their employers would adapt to their new situation. It was always the women who had to adjust to new demands. Here is the main obstacle in the whole equality project," says Pedersen.

For many women, both among the working and upper middle classes, this involved a transition to less exciting jobs. One of the women worked as a cook and was passionate about her work. Before she became a mother, she worked evenings at a restaurant. As a mother, she switched to the morning shift, which was far more routine in nature.

"Most people see it as an absolutely necessary and natural adaption. But it is interesting that business and industry are lagging behind in the equality process. When a woman decides to start a family her position in the labur market is weakened."

Pedersen notes that Norway shouldn't be too hard on itself, in comparison to other cultures. The country has small disadvantages in comparison with Italy, for example, where there is formal equality in terms of rights, but equality is completely absent in the family.

Most Norwegian women see changing their job as unproblematic, since there are jobs to do, but  Pedersen believes that it can explain some differences in the workplace.

"Even though women are more highly qualified than men, men still hold higher positions and earn more. In the medical profession, for example, it’s men who take the high status jobs, even though a majority of medical students are women. It is not easy being a 25 year old woman and reject a life with children because you want to be a brain surgeon, especially in a society where having children is seen as the path to the good life."

That there exists a collective notion that family life is the ideal is another finding from the project and so Norwegians don't like putting money over kids, even if that may seem like inequality to others.

"A 23-year-old woman who had a child when single, said that in her life no status was attached to having children. She then referred to a norm that everyone is aware of: Women should have children when they are between 28 and 35 years. A woman in her early 30s who does not have a partner or children can expect to get many questions. Yet men can still be 35 years and attractive," says Pedersen.
News Articles
More Articles All Articles
About