When it comes to sprint interval training, men have won the battle of the sexes, according to new research in The FASEB Journal.

A new study found that men create more new proteins as a result of sprint interval training than women do - but there is good news for both genders: men and women experienced similar increases in aerobic capacity.

The study directly measured the creation of proteins made to adapt to this mode of exercise and used methods that measure the cumulative making of proteins during the entire three weeks to account for other daily living factors, effectively ensuring that the study was a measure of real life conditions. The work is specific, it does not extend to other types of exercise, such as running, jogging and cycling, where women may benefit equally or more. 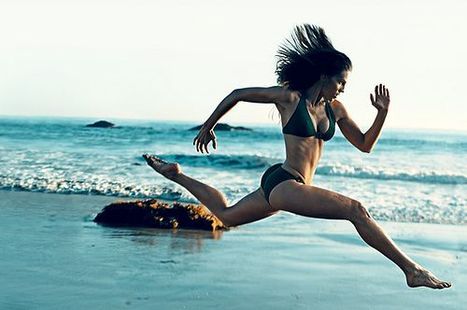 To make this discovery, Miller and colleagues analyzed young, healthy, recreationally active males and females who completed sprint interval training (a series of very high intensity bouts of exercise on a stationary bike for short periods of time (30 second), three times a week, for three weeks. Outside of the study, the subjects carried on with their normal activities. Before and after the study, aerobic capacity was measured in both genders. In addition, over the course of the exercise training, researchers measured how many new proteins were made as well as what kinds of proteins were made in muscle. The making of muscle proteins was measured using metabolic tracers to determine the cumulative new amount of protein over the entire period.

"Just as we move into an era of personalized medicine, this report helps pave the way to personalized fitness," said Gerald Weissmann, M.D., Editor-in-Chief of The FASEB Journal. "In fact, the two are really part of the same health spectrum: medicine is usually fixes problems, and fitness usually prevents them."