News Staff
At least five mass extinction events have profoundly changed the course of life on Earth - animal life, at least. Plants have been very resilient to those events, finds a new study.

For over 400 million years, plants have played an essential role in almost all terrestrial environments and covered most of the world’s surface. During this long history, many smaller and a few major periods of extinction severely affected Earth’s ecosystems and its biodiversity.

The results are based on more than 20,000 plant fossils and show that mass extinction events had very different impacts among plant groups. Negative rates of diversification in plants (meaning that more species died out than new species were formed) were never sustained through long time periods. This indicates that, in general, plants have been particularly good at surviving and recovering through tough periods. 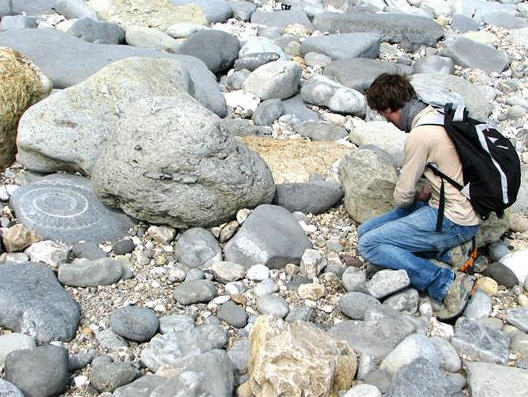 “In the plant kingdom, mass extinction events can be seen as opportunities for turnover leading to renewed biodiversity,” says lead author Daniele Silvestro.

Most striking were the results for the Cretaceous-Paleogene mass extinction, caused by the impact of an asteroid off the Mexican coast some 66 million years ago. This event had a great impact on the configuration of terrestrial habitats and led to the extinction of all dinosaurs except birds, but surprisingly it had only limited effects on plant diversity.

Some important plant groups, such as the gymnosperms (including pines, spruce and firs) lost a great deal of their diversity through extinction. On the other hand, flowering plants (angiosperms) did not suffer from increased extinction, and shortly after the impact they underwent a new rapid increase in their diversity. These evolutionary dynamics contributed to make flowering plants dominate today’s global diversity above all other plant groups.

“Mass extinctions are often thought as a bad thing, but they have been crucial in changing the world into how we know it today,” says senior author Alexandre Antonelli.

If that asteroid had not struck the Earth, chances are that large dinosaurs would still be hunting around, mammals would be small and hiding in caves, and humans might never have evolved.

“By studying such extreme events we are trying to learn which groups of organisms and features are more sensitive to changes, so that we can apply this knowledge to protect biodiversity in the face of on-going climate change and human deterioration of natural ecosystems,” concludes Antonelli.