A new study has found that people who play action video games such as the "Call of Duty" or "Assassin's Creed" seem to learn a new sensorimotor skill faster than non-gamers do. Sorry, Bungie, "Destiny" was not out when they did the study and auto-rifles would mess up the results anyway.

"We wanted to understand if chronic video game playing has an effect on sensorimotor control, that is, the coordinated function of vision and hand movement," said psychology graduate student Davood Gozli, who led the study with supervisor Jay Pratt at the University of Toronto. 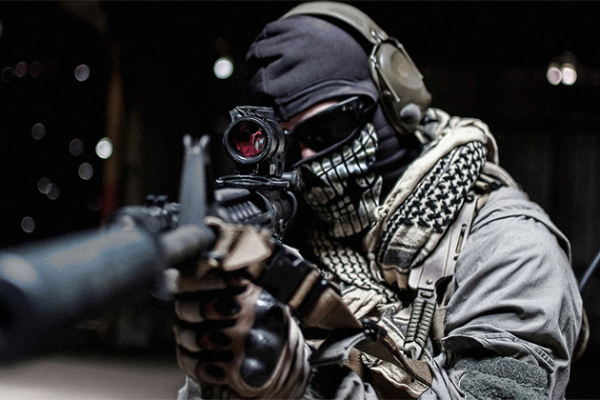 To find out, they set up two experiments. In the first, 18 gamers (those who played a first-person shooter game at least three times per week for at least two hours each time in the previous six months) and 18 non-gamers (who had little or no video game use in the past two years) performed a manual tracking task.

Using a computer mouse, they were instructed to keep a small green square cursor at the centre of a white square moving target which moved in a very complicated pattern that repeated itself. The task probes sensorimotor control, because participants see the target movement and try to coordinate their hand movements with what they see.

In the early stages of doing the tasks, the gamers' performance was not significantly better than non-gamers. "This suggests that while chronically playing action video games requires constant motor control, playing these games does not give gamers a reliable initial advantage in new and unfamiliar sensorimotor tasks," said Gozli.

By the end of the experiment, all participants performed better as they learned the complex pattern of the target. The gamers, however, were significantly more accurate in following the repetitive motion than the non-gamers. "This is likely due to the gamers' superior ability in learning a novel sensorimotor pattern, that is, their gaming experience enabled them to learn better than the non-gamers."

In the next experiment, the researchers wanted to test whether the superior performance of the gamers was indeed a result of learning rather than simply having better sensorimotor control. To eliminate the learning component of the experiment, they required participants to again track a moving dot, but in this case the patterns of motion changed throughout the experiment. The result this time: neither the gamers nor the non-gamers improved as time went by, confirming that learning was playing a key role and the gamers were learning better.

One of the benefits of playing action games may be an enhanced ability to precisely learn the dynamics of new sensorimotor tasks. Such skills are key, for example, in laparoscopic surgery which involves high precision manual control of remote surgery tools through a computer interface.

The research was done in collaboration with Daphne Bavelier who has appointments with both the University of Geneva and the University of Rochester. Their study is published in the journal Human Movement Science.