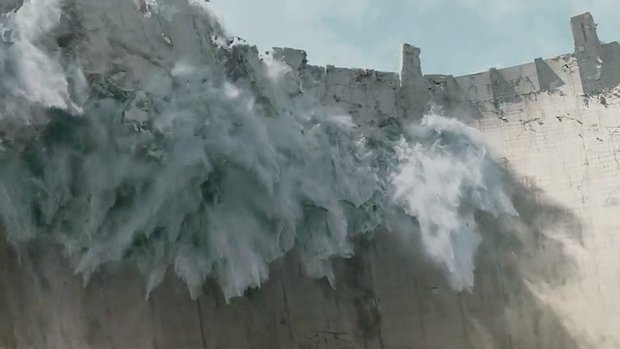 The new disaster movie San Andreas draws on science fact - that earthquakes are a reality - and turns it into an action movie by creating a domino effect and pitting Duane "The Rock" Johnson against them.

Scientists are inclined to like that their field gets in the popular consciousness by being featured in film, unless it goes too far - rampant biological movie plots have led to the anti-vaccine and anti-GMO sect of doomsday prophecy, meaning scientists now have to spend a lot of time undoing what environmental disaster fiction has created.

Artistic license is fine, of course. For the film, a rupture of the entire San Andreas Fault, which extends from near the Mexican border to almost Oregon, occurs, and while nothing is truly impossible past records of both historic and paleo-earthquakes show it has never happened and, if it ever does, it will be closer to  magnitude 8.3 than 9.6 - a big difference.

However, geologists don't want the wacky fringe to start trumping up earthquake hysteria, as has happened with progressive claims about food and medicine, and they don't want earthquakes to become political, as happened in Italy when geologists did not predict an earthquake, so Graham Kent, director of the University of Nevada, Reno’s Nevada Seismological Laboratory, has separated fact from fiction by outlining five truths about the depictions in San Andreas:

“It was good to see the message of ‘drop, cover and hold-on,’ which we’ve been promoting for several years through the Great Nevada ShakeOut,” Kent said. The Great ShakeOut is a national public earthquake drill that provides preparedness information and an opportunity to participate in the world’s largest earthquake drill.