If you want a weird science project for school, kids, these are the way to go. C. darwini has a rich sexual repertoire that not only involves sexual cannibalism and genital mutilation, but also oral sex. Males of this species routinely salivate onto female genitalia.

Oral sexual contact is rare in the animal kingdom, except in mammals, where fellatio-like behaviors are known in macaques, lemurs, bonobos, hyenas, cheetahs, lions, dolphins and bats. However, cunnilingus-like behaviors, like the one shown in this spider are even rarer. 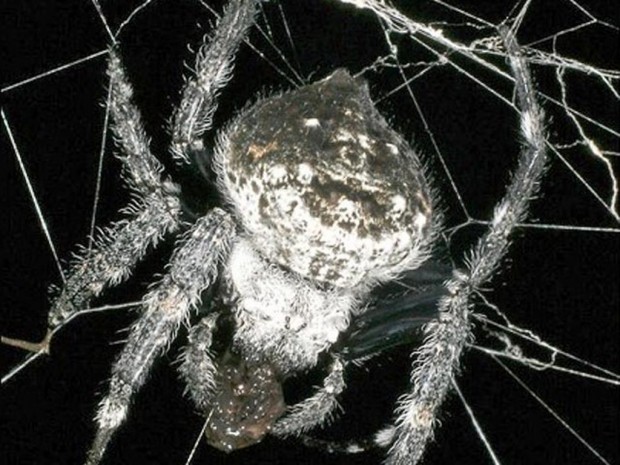 "Oral sexual contact seems to be an obligate sexual behavior in this species as all males did it before, in between, and after copulations, even up to 100 times." said  Matjaz Gregoric, a research associate at the Scientific Research Centre of the Slovenian Academy of Sciences and Arts (ZRC SAZU), Jovan Hadzi Institute of Biology.

Matjaz Kuntner, the senior author on this paper and chair of the Jovan Hadzi Institute of Biology ZRC SAZU only recently discovered and described C. darwini, noting that it produces nature's largest webs and toughest silk. Now, this intriguing finding adds sexual behaviors to the species' natural history.

Gregorič and coauthors suggest that oral sexual encounters could be a mechanism for boosting the male's chances of paternity by either signaling the male's quality or creating a chemical environment that would favor one male's sperm against the sperm of rival males.