El Niño is nothing new for fishers. Long before it was being used as evidence of climate change, fisheries management experts knew they would have to adjust, just like they will have to adjust this year.

The 17-year study led by
Wildlife Conservation Society
fisheries scientists found that rapid implementation of fisheries restrictions countered adverse climate effects and actually increased fisheries catches, counter to predictions and findings in other studies without stricter management. That is a good news for the millions of people who depend on coral reefs fisheries. It means that if there are effects due to global warming, a viable management solution already exists. 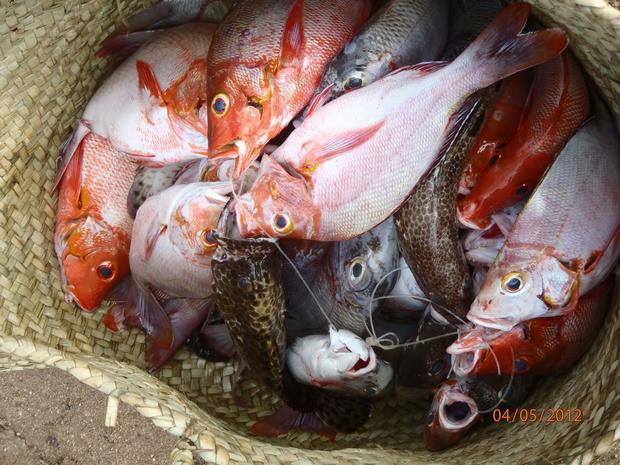 The authors examined the environment and fisheries catches before and after the severe El Niño event of 1997−1998, an unprecedented climate disturbance that killed half of the corals in the Indian Ocean. A comparison of catch rates in southern Kenya found a preliminary decline in catches that was followed by an increase of catches. This increase was closely associated with improved fisheries restrictions that were implemented shortly after the disturbance.

The authors concluded that reducing fishing intensity and restricting fishing gear known to be destructive to corals and fish populations were the likely causes for the rise in catch rates and fishers' revenues. The authors note that this positive response may not occur in all coral reef fisheries but, because the fishery was composed of fast-growing, generalist species with broad diet and habitat needs, they may be less sensitive to reef conditions than to direct fishing mortality. These findings indicate that coral reefs management restrictions can override the detrimental effects of climate disturbances in heavily fished reefs.

"The response suggests we can do something about countering lost fisheries production even in poor countries," said lead author Tim McClanahan of WCS. "Common sense fisheries restrictions can increase the capacity to adapt to climate change and should be accelerated to mitigate losses arising from inaction."