News Staff
If you are not inclined to be faithful and your partner is not buying into your claim of sex addiction, psychologists may have a better alternative: genetics.

They made their determination by analyzing individual attitudes relating to non-committed sex and the length of the ring finger compared to the index finger. The questions were for 575 North American and British people about non-committed sex. The psychologists then measured photocopies of the right hands of 1,314 British people. 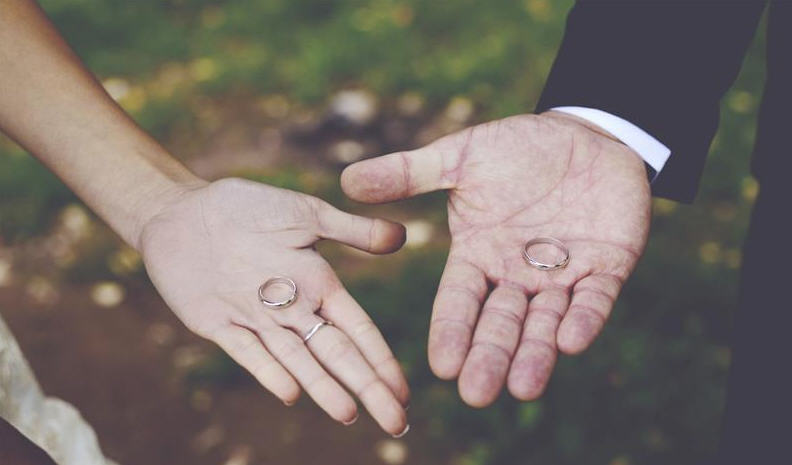 The analysis of data derived from the sociosexuality questionnaire showed that men were slightly more likely to stray, with 57% appearing to favor the unrestricted, short-term mating strategy compared to 47% among women.

However, in a similar way to sociosexuality, both men and women tend to fall into a long ring finger type or a short ring finger type. The finger ratio data also indicated a similar pattern with the long-fingered ring type more common in men (62%) than in women (50%). This suggested that the finger ratio types may map on to the restricted and unrestricted sociosexual groups.


The authors point out that while it has been widely suggested that males divide into two mating types, which can be known as ‘cads versus dads’, this study is the first to suggest that a similar partition may also exist in females.

It could mean, for example, that there may be some tendency for like-with-like mating between the types. Where both partners are stable they may be less likely to divorce, whereas unstable pairings have shorter durations.

Professor John Manning of Northumbria University’s Department of Psychology worked with Dr Rafael Wlodarski and Professor Robin Dunbar of Oxford University’s Department of Experimental Psychology on the study. Manning points out that it is important to note that cultural and environmental factors can fine-tune these underlying genetic strategies which are not completely fixed. Therefore, they may respond to local circumstances in the environment. For example, the study populations have an essentially monogamous marriage system in which pairings are of one man and one woman.

Populations with ancient polygynous marriage systems may turn out to have different percentages of restricted and unrestricted mating strategies.