While an alarming number of wealthy people think organic food contains no chemicals, the opposite is true. Not only is everything chemical, the most organic of organic Thanksgiving meals is stuffed full of mutagens and carcinogens, at least in environmental toxicology studies on rats.

But in the real world, outside environmental fundraising, Thanksgiving dinner is not only harmless, it might even be beneficial. The turkey Americans eat on Thursday contains Strain 115, which produces the MP1 antibiotic that targets staph infections, strep throat, severe gastrointestinal diseases and roughly half of all infectious bacteria.

Retired Brigham Young University professor Marcus Jensen discovered Strain 115 decades ago but most people have never heard of it. It's not in widespread use because of its complex structure. 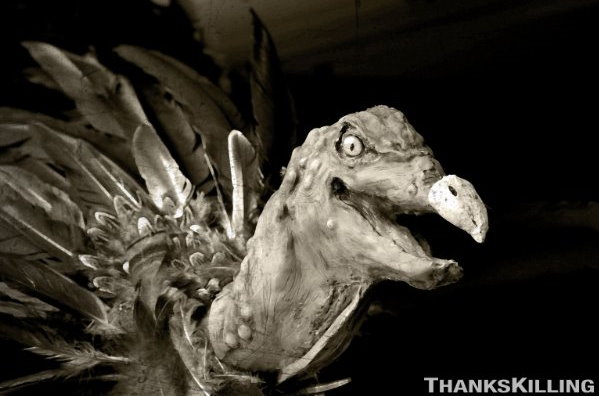 No, no, Strain 115 is a good bacteria. No abominations of nature were created in this science study, no matter what Union of Concerned Scientists will claim. Movie still link: ThankskillingMovie.com

They found the engine inside of Strain 115, a compact DNA molecule also known as a plasmid, produces both the killer antibiotic and a self-protecting agent. It makes a "spare" ribosome part which, when inserted into a normal ribosome, renders it immune to the antibiotic.

"It's sort of like outfitting a car with special tires that protect against unusual road hazards," Griffitts said.

Jensen went on to develop three vaccines vital to the prevention of diseases in turkeys but moved on to new projects in 1983. Some 30 years later, a student found the strain in a freezer. After some initial research efforts by undergraduates, Bennallack took the project into high gear.

"Sometimes bacteria retire with the people who discover them," Griffitts said. "We simply rediscovered it and now we are capitalizing on it once again."

Published in the Journal of Bacteriology.Source: Brigham Young University
News Articles
More Articles All Articles
About