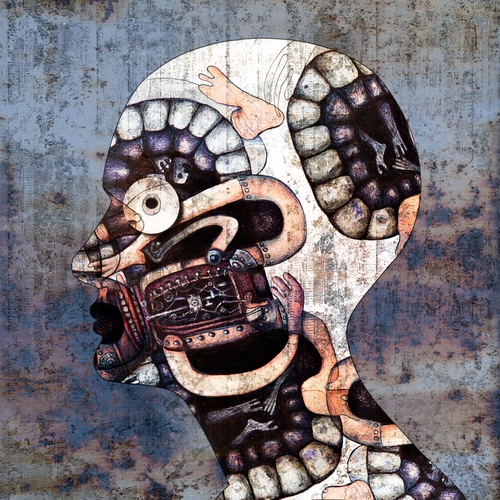 Several studies have demonstrated that the primary active constituent of cannabis, delta-9-tetrahydrocannabinol induces transient psychosis-like effects in healthy subjects similar to those observed in schizophrenia. However, the mechanisms underlying these effects are not clear.

A new study reports that delta-9-tetrahydrocannabinol increases random neural activity, termed neural noise, in the brains of healthy human subjects. The findings suggest that increased neural noise may play a role in the psychosis-like effects of cannabis.

"At doses roughly equivalent to half or a single joint, delta-9-tetrahydrocannabinol produced psychosis-like effects and increased neural noise in humans," explained senior author Dr. Deepak Cyril D'Souza, a Professor of Psychiatry at Yale School of Medicine.

"The dose-dependent and strong positive relationship between these two findings suggest that the psychosis-like effects of cannabis may be related to neural noise which disrupts the brain's normal information processing," added first author Dr. Jose Cortes-Briones, a Postdoctoral Associate in Psychiatry at Yale School of Medicine.

The investigators studied the effects of delta-9-tetrahydrocannabinol
on electrical brain activity in 24 human subjects who participated in a three-day study during which they received two doses of intravenous ?9-THC or placebo in a double-blind, randomized, cross-over, and counterbalanced design.

If confirmed, the link between neural noise and psychosis could shed light on the biology of some of the symptoms associated with schizophrenia.

"This interesting study suggests a commonality between the effects on the brain of the major active ingredient in marijuana and symptoms of schizophrenia," stated Dr. John Krystal, Editor of Biological Psychiatry. "The impairment of cortical function by
delta-9-tetrahydrocannabinol could underlie some of the cognitive effects of marijuana. Not only does this finding aid our understanding of the processes underlying psychosis, it underscores an important concern in the debate surrounding medical and legalized access to marijuana."